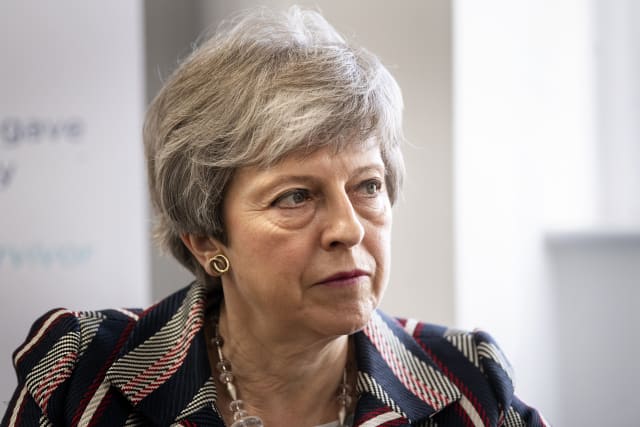 Theresa May will urge governments and companies to work together to stop the sharing of hateful content online as she joins world leaders for a summit on tackling terrorist use of the internet.

The Prime Minister is expected to call for consistent international standards to keep internet users safe from harm in an address to the Online Extremism Summit in Paris on Wednesday.

In a speech to the event which was prompted by the Christchurch mosque attacks, Mrs May will say world leaders should be “ambitious and steadfast” in their determination to ensure technology is not “weaponised” by those who wish to inflict pain and suffering.

Fifty one people were killed and dozens of others wounded in attacks on March 15 in the New Zealand city, which were livestreamed on Facebook.

Ahead of the summit, Mrs May said: “The sickening attacks on Muslim worshippers in Christchurch shocked the world.

“That 1.5 million copies of the video had to be removed by Facebook – and could still be found on YouTube for as long as eight hours after it was first posted – is a stark reminder that we need to do more, both to remove this content and stop it going online in the first place.”

She added: “While we have seen significant progress on this issue since the terror attacks on the UK in 2017, the livestreaming of these attacks exposed gaps in our response and the need to keep pace with rapidly changing technological developments.

“My message to governments and internet companies in Paris will be that we must work together and harness our combined technical abilities to stop any sharing of hateful content of this kind.”

The summit, to be co-chaired by French President Emmanuel Macron and New Zealand Prime Minister Jacinda Ardern, aims to focus international efforts to stop social media being used to organise and promote terrorism.

Mrs May is expected to raise concerns about the growing threat posed by the Far Right, and will call for an international approach to regulation.

“In 2017, in the wake of five appalling attacks in the UK, I called for a much greater co-ordinated global response to fight back against Daesh propaganda online,” she will say.

“Many of the companies here today responded and, in part thanks to the action you took, last year Daesh propaganda was at its lowest levels online since 2015.

“That shows us what is possible. Our work here must continue in order to keep pace with the threat. But we also need to confront the rise of the Far Right online.”

The Government recently published a white paper around online harms which called for a statutory duty of care to be introduced for internet firms, which would be enforced by a new independent regulator.