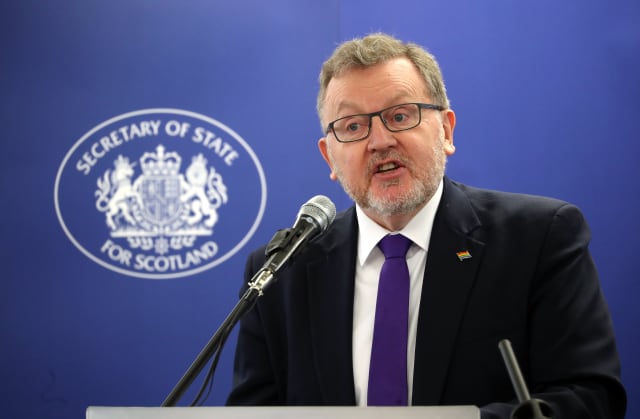 The Tories have been acccused of hypocrisy after complaining about travel expenses at Social Security Scotland – as figures show that over £272,557 was spent on travel at the Scotland Office.

However, following a Freedom of Information request by the SNP, it was revealed that the Office of the Secretary of State for Scotland spent a total of £272,557 on travel between September 2018 and March 31.

Costs falling under the category of “Hotels, Subsistence & Motor Mileage” amounted to a total of £97,596.

A sum of £1,096 also went towards car hire, whilst £3,339 is categorised under miscellaneous travel.

SNP MSP George Adam said that the “pointless” Scotland Office should be abolished.

“The Tories are the very worst sort of hypocrites,” said Mr Adam.

“But the pointless Scotland office spent almost four times that amount over the same period on David Mundell’s junkets, jollies and taxi fares.

“The Scotland Office is well past its sell by date. It’s time to abolish this PR agency for the union and transfer its budget to Holyrood to deliver public services in Scotland.”