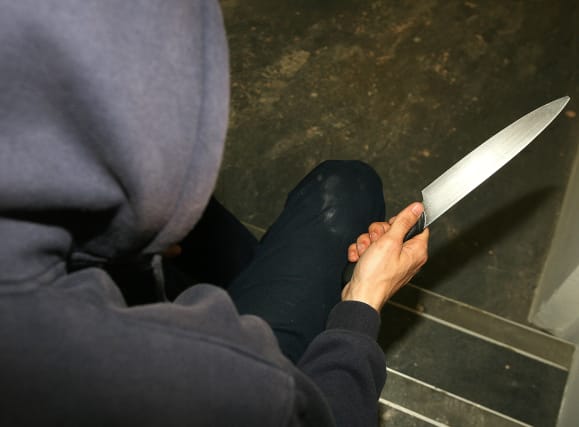 As many as six out of 10 retailers in some areas are breaking the law on underage knife sales, as funding to find and prosecute rogue stores runs dry, councils have warned.

Some 41% of UK-based online knife retailers made illegal sales to under-18s in a test purchase operation, while shop staff are selling knives to children as young as 14, the Local Government Association (LGA) said.

On six occasions out of 10 in North Yorkshire, a 16-year-old volunteer was able to buy a knife from branches of major retailers as part of test purchases by the County Council’s Trading Standards service.

The children were able to buy a Stanley knife and two utility knives without being asked for identification.

Two of the retailers received written warnings and one remains under investigation.

The LGA’s warning coincides with a House of Commons debate on serious violence.

The LGA warned that the dedicated Home Office Prosecutions Fund, set up as part of the Serious Violence Strategy, would not provide enough help to trading standards teams to enforce breaches of knife sales in the longer term.

The LGA said the success of the test purchasing operations meant most of the funding would have to be used for prosecutions, leaving only enough funding for test purchases by six councils, with no further online enforcement planned.

Councils’ trading standards teams are also concerned they do not have the necessary resources to enforce the new Offensive Weapons Bill, aimed at tackling a surge in violent crime by targeting acid and knife sales, set to become law later this year.

Councils will have new responsibilities for undertaking underage test purchase operations at the point of delivery for online knife sales, and for enforcing restrictions on sales of acids and other corrosives.

Simon Blackburn, chairman of the LGA’s Safer and Stronger Communities Board, said: “Rising knife crime is causing horrendous destruction and grief in our communities and councils are uncovering some shocking cases of illegal knife sales which risk fuelling this tragic epidemic.

“The retail supply of knives and acids needs to be managed robustly across all sales points, and retailers must ask for proof of age if they suspect the buyer is under 25.

“The Prosecutions Fund announced in the Serious Violence Strategy has helped some councils prosecute retailers for blatant breaches of knife sale laws.

“However, given the knife crime epidemic, the significant cuts to trading standards budgets and the extra enforcement activity that will be needed when the Offensive Weapons Bill becomes law, this fund needs urgent further investment and extending to many more councils to tackle illegal knife sales and protect people from harm.”