Councils back plans for forced auctions of empty homes 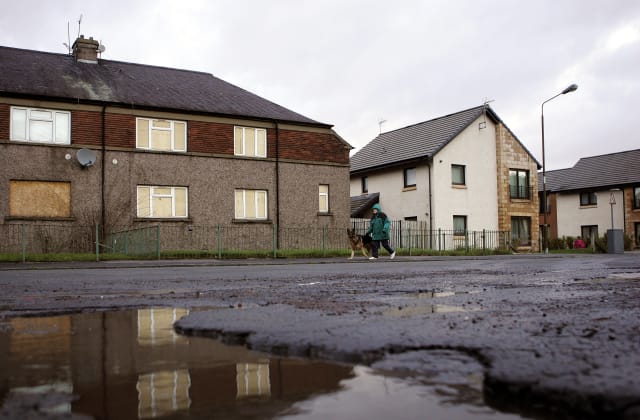 The Scottish Government has pledged to bring in the powers by 2021, which would enable councils to force a home which has been vacant for an undue period of time to be sold at public auction.

The most recent National Records of Scotland statistics show that of the 2.6 million dwellings in Scotland in 2017, 105,000 (4%) were unoccupied.

One of three of these 79,200 were vacant properties, with the remaining 25,700 being second homes.

Submitting evidence to a Holyrood committee inquiry into the problem of empty homes in Scotland, several councils backed the proposals for compulsory sales orders.

Papers for the committee state homes can become empty for various reasons including bereavement and inheritance.

The Glasgow City Council submission stated: “The introduction of Compulsory Sales Orders should be implemented as soon as possible as these would enable local authorities to force the sale of a derelict or abandoned property if it has been lying empty for more than 12 months.”

Fife Council said the orders could be an “easier and less complicated tool” than the current Compulsory Purchase Orders, which tie the council in to purchasing the empty property, a view echoed by Angus Council.

West Dunbartonshire Council said: “The introduction of Compulsory Sale Orders could play a role in assisting Empty Homes Officers to encourage home owners to either rent, sell or move into the empty home.”

The latter two organisations said in a joint submission that CSOs, as with all enforcement options, “should never be a first choice approach for bringing empty homes back to use”

However, they pointed out the demand for the power, as in their 2018 survey empty homes officers identified 102 “no hope” empty homes cases which they believed would be appropriate for a CSO.

Several of those submitting evidence said empty homes can lead to vandalism, devalue properties, and lead to an increase in anti-social behaviour.

Ahead of its first inquiry evidence session on Wednesday, Local Government and Communities Committee convener James Dornan said: “While some local authorities have introduced an Empty Homes Officer to help tackle this issue, the committee is determined to learn of any other workable solutions which can bring these properties back into use and reduce this blight on cities, towns and villages across the country.”