Compensation scheme for abuse victims could be included in Stormont talks 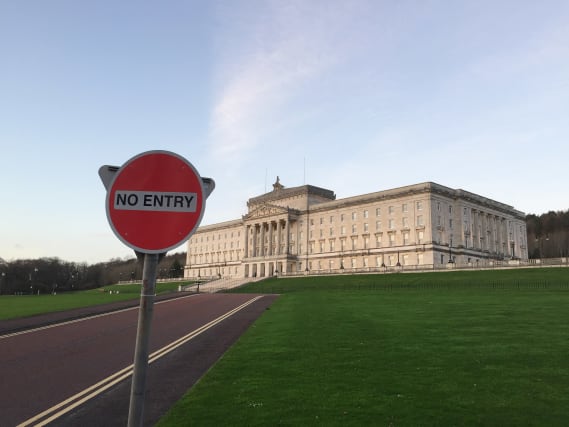 The UK Government has added a stalled compensation scheme for abuse victims to the agenda of Stormont’s power-sharing talks.

Northern Ireland Secretary of State Karen Bradley wrote to victims’ groups on Tuesday night to inform them political parties would be invited to consider the issue as part of negotiations to restore devolved institutions.

A redress scheme, in which victims would have been paid between £7,500 and £100,000, was one of the recommendations of Historical Institutional Abuse Inquiry (HIAI).

Its proposals have never been implemented due to the Stormont impasse and Mrs Bradley has been under mounting pressure to introduce the scheme via Westminster.

She has now written to the head of the Northern Ireland civil service David Sterling asking him to include the redress scheme on the agenda of one of several cross-party working groups set up as part of the latest talks process.

In her letter to victims, Mrs Bradley said: “All of the main Northern Ireland political parties have expressed to me their desire to see the issues to redress taken forward.

“The current talks are the best opportunity for these complex issues – such as the total redress payment – to be discussed by local politicians.

“I have therefore written to David Sterling today to ask that he invite the parties to consider these issues under the Programme for Government strand of the talks and identify where there is consensus on the outstanding issues.

“I believe this is the quickest possible way to bring this issue to resolution.

“I have therefore made clear to Mr Sterling that it is vital that we make progress on these HIAI issues along with the other issues to be discussed, in line with the talks framework of the end of May.”

Mr Sterling and fellow civil servants have drawn up legislation required to set up the redress scheme.

A public consultation exercise has been conducted but the draft legislation can only be enacted with ministerial sign-off.

With no sign of an imminent return to power-sharing, Mrs Bradley has faced intensified calls to introduce the scheme at Westminster.

In her letter, Mrs Bradley said if no consensus was reached she would “consider next steps”.

She added: “Be assured that this matter is of great importance to me and I will continue to ensure that progress is made without unnecessary delay.”

Representatives of the Survivors Together campaign group, who along with DUP MLA Edwin Poots met Mr Sterling at Stormont on Tuesday, warned victims could not be used as “pawns” by the Government.

Spokesman Marty Adams expressed concern the issue was being used as a way to force the parties to come to an overall agreement.

“If Karen Bradley thinks for one minute that she is going to use victims as a pawn or some form of facilitator to get Sinn Fein and the DUP to get some form of agreement then she is barking up the wrong tree,” he said.

Mr Adams said if that was the Secretary of State’s intent she should resign.