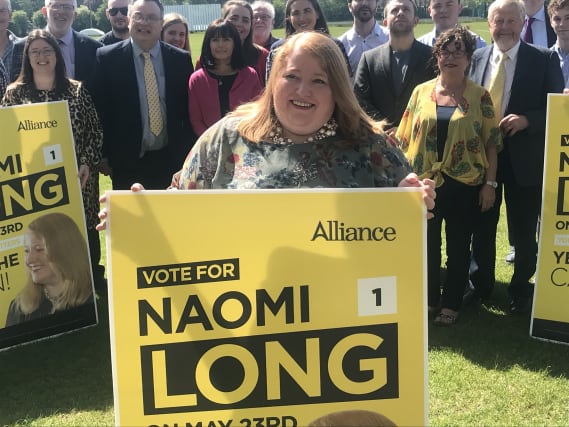 The leader of Northern Ireland’s centrist Alliance Party has said she is best placed to take the region’s third seat in Europe.

Naomi Long was speaking at the launch of her party’s manifesto at the CIYMS sports grounds in east Belfast.

Alliance saw a surge in its vote in the recent local government elections.

Mrs Long said she believes the party can build upon that to take Northern Ireland’s third seat in the European Parliament.

The fate of the third seat, held by the retiring Ulster Unionist Jim Nicholson, is less certain.

Mrs Long has insisted her party is best placed to take that seat.

The Alliance manifesto includes pledges to secure a people’s vote, keep borders open, protect the economy and support the work of the EU.

“The recent council election results, in addition with a number of polls and surveys, show Alliance is in prime position to not only substantially increase our number of first preference votes but also gain the required transfers from others to take the third seat and show the EU, and indeed the world, Northern Ireland wants to Remain,” Mrs Long said.

“In 2016, people right across our community came together to vote Remain. I believe we can achieve better together and show that same spirit again on May 23.”