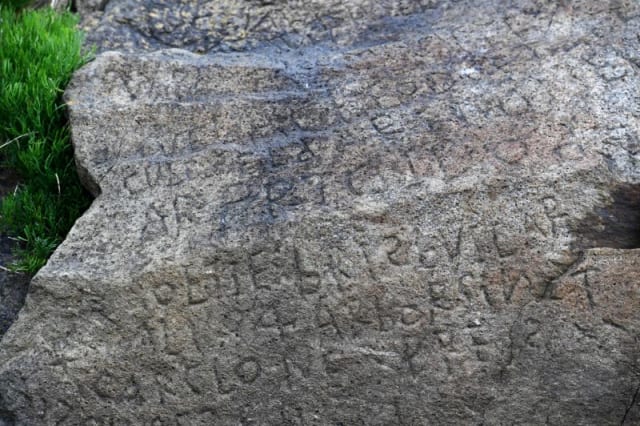 In the village of Plougastel-Daoulas, in northwest France, a rock has been discovered with a very strange inscription on it. So strange, in fact, that no one can figure out what it means and village officials are now offering a reward to anyone who decipher it.

The inscription on the rock, which was first noticed a few years ago, is written mainly in capital letters but also features pictures including one of a sailing boat. There are two dates inscribed on the rock as well, 1786 and 1787.

"There are people who tell us that it's Basque and others who say it's old Breton," the mayor of Plougastel-Daoulas, Dominique Cap, told the Agence France-Presse. "But we still have not managed to decipher the text." 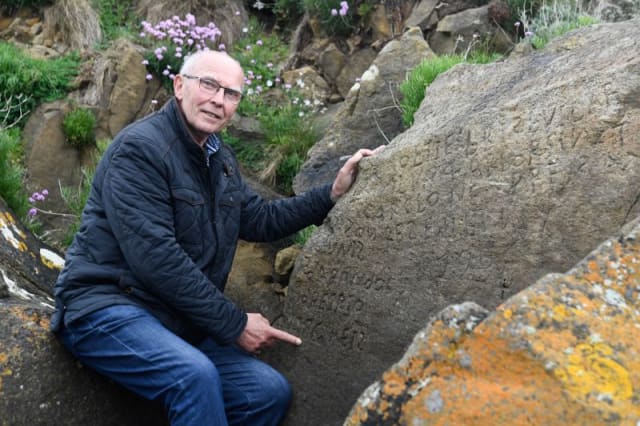 The reward for cracking the code is €2,000 (roughly $2,250) and anyone is welcome to try. A jury will then meet to choose the deciphered text which they find to be the most plausible, and the prize will be awarded to that decoder.

"We've asked historians and archaeologists from around here, but no-one has been able to work out the story behind the rock," Mayor Cap, told the BBC. "So we thought maybe out there in the world there are people who've got the kind of expert knowledge that we need. Rather than stay in ignorance, we said let's launch a competition."

The competition is called "The Champollion Mystery at Plougastel-Daoulas" after Jean-François Champollion, the linguist who deciphered part of the Rosetta Stone.

Anyone who wishes to try to decode the inscription can register at the mayor's administration and will then be sent a photograph of the lines. The winning interpretation will be chosen in November.