Man on murder charge over disappearance of Emma Faulds 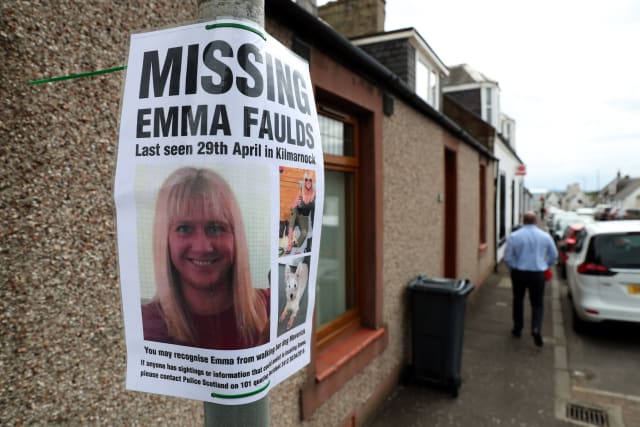 A man has appeared in court charged with the murder of a woman who has not been seen for 12 days.

Emma Faulds, 39, was last seen at about 9.10pm on April 28 in Fairfield Park, Monkton, South Ayrshire.

Her body has not yet been found.

Ross Wilcox appeared at Ayr Sheriff Court on Friday charged with murder and attempting to defeat the ends of justice.

The 39-year-old, of Ayrshire, made no plea and was held in custody.

He is expected to return to court within eight days.