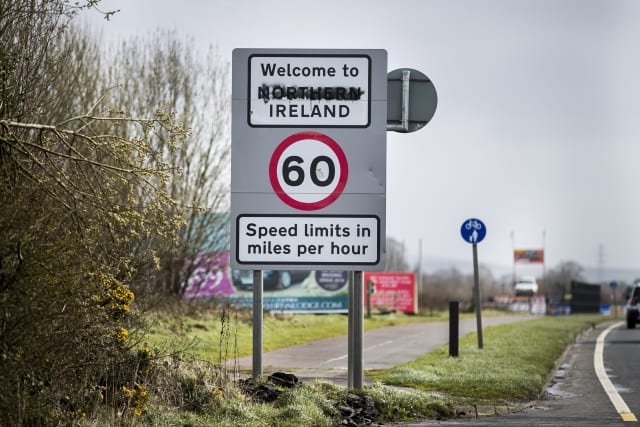 Brexit has exacerbated a human rights crisis that exists in Northern Ireland, making both communities second class citizens, a committee has heard.

Professor Colin Harvey, from Queen’s University, Belfast, told an Irish parliament committee that there has been systematic disrespect for the Good Friday Agreement throughout the Brexit process.

The Good Friday Agreement gives citizens born in Northern Ireland the right to identify as British or Irish citizens, or both.

As Brexit looms there have been concerns that citizens in Northern Ireland will hold different entitlements, such as access to visas, consular assistance or the EU civil service, which is fundamentally opposed in the Good Friday Agreement.

“There’s a growing sense in Northern Ireland of Irish citizens being abandoned and disrespected, as basic elements of the Good Friday Agreement have not been implemented in full,” Mr Harvey said.

“Aspects of the Joint Report 2017, such as the paragraph 52 obligation, has not been implemented practically, and what that underlines is there has been a Good Friday Agreement formalisation failure.”

In the Joint Report written by the EU and UK in December 2017, paragraph 52 says that “the people of Northern Ireland who are Irish citizens will continue to enjoy rights as EU citizens, including where they reside in Northern Ireland”.

Mr Harvey recommended that the public needed those rights effectively codified, so that people do not lose rights they had previously enjoyed, and as parity of esteem and equal treatment are already underpinned in the Good Friday Agreement.

“Brexit has exacerbated the human rights and equality crisis that exists in the North,” he said.

“There is a sense that Northern Ireland voted to remain, that everything else is really second best, and in context of Brexit, those concerns remain about paragraph 52.

“The real anxiety Irish citizens have in the North, is that those paragraph 52 commitments won’t be effectively realised in practice.”

However, under Theresa May as home secretary, in an effort to stem migration, the Home Office ceased to treat NI-born applicants as Irish citizens, but as dual British citizens who were not entitled to EU rights in the UK.

This is the basis of the ongoing case of Emma and Jake DeSouza.

Emma DeSouza, 31, from Londonderry, married US citizen Jake DeSouza in 2015.

Mr Harvey added that there was a need to significantly strengthen human rights provisions in Northern Ireland.

“From my own perspective, it’s long overdue for this implementation gap to be addressed for the way forward in relation to Northern Ireland,” he said.

“Both governments and all parties at this time need to openly and honestly confront and address the human rights and equality crisis that is objectively there and must be faced; if we’re going to renew the Good Friday Agreement and its values, we have to face into and address the heart of the problem in the North at the moment.

Three recommendations were made by the witnesses, which include parts of the Good Friday Agreement that have not been implemented.

A bill of rights for Northern Ireland and all its citizens, a charter of all-Ireland rights, and a civic forum.

Daniel Holder, deputy director of committee on the Administration of Justice noted that those who identify as British in Northern Ireland will also lose rights, as those with Irish passports will be able to travel unencumbered in Europe, whereas those who hold a British passport will not.

“In a sense Brexit has manged to turn everyone into second class citizens in different ways,” Mr Holder said.

“Brexit leaves different groups of our citizens really divided by rules as never before, there’s going to be a lot of differentiation on entitlements.

“Brexit is creating real trouble for the equality of treatment principles of the Good Friday Agreement.

“It’s difficult to see how any Brexit, without any form of special status for the North, that allowed British citizens to retain EU citizenship, comply with those provisions of the Agreement.

“This is not where we wanted to be.

“We’re at the stage now where the Home Office is actively seeking the lowest common denominator and to strip every possible EU right and benefit from Irish citizens in Northern Ireland and in a manner that fundamentally contradicts the Good Friday Agreement.”