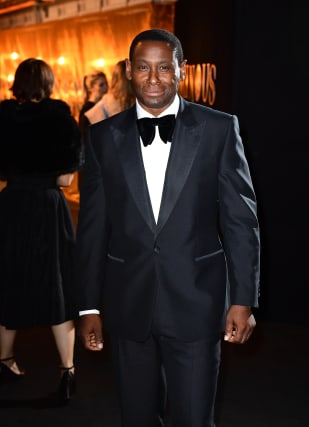 David Harewood has said that mental health issues need not be a barrier to success and hopes a documentary about his psychotic breakdown will help others to feel the same.

BBC Two show David Harewood: Psychosis And Me sees the actor retrace his steps and delve into his breakdown after being sectioned at 23.

Harewood, who played a CIA boss in the US TV hit Homeland, spoke out about his experiences publicly for the first time in 2017 – for World Mental Health Awareness Day – through a tweet which received thousands of interactions.

He told the Press Association: “I want to instil this idea that it is no barrier to future success, you’re not on the scrapheap of life because you’ve got depression or anxiety.

“If anything, it gives you a level of insight that people who have never had that condition will never experience.”

Birmingham-born Harewood visits the friends who first took him to hospital whilst filming the one-off documentary and is visibly upset on-screen as he shares his story.

“I wasn’t initially (upset), because I’d forgotten about it I’d – buried it,” he said.

“You’ll see in the film, there’s a moment where I suddenly f**king remember and it was really upsetting.

“There was a moment during the filming where I was terrified because I suddenly realise I’d buried the pain, the trauma, of my breakdown, but remembered all the mania and the fun and some of the more exciting and entertaining moments.

“But the pain and the upset and the disturbance that I’d experienced, as we do as humans, we just bury it.

“And it was only when I suddenly remembered that, but now I’ve got my head around it.”

At one point, he believed that Martin Luther King was talking to him “from beyond the grave”.

“We talked for quite some time before he gave me specific instructions about something I needed to do and it would free the world of all hunger and poverty that same night,” Harewood said.

The Blood Diamond and Supergirl actor added that he hopes that the documentary will change the public perception of psychosis.

He said: “I’m hoping that what people will begin to recognise is that person is disturbed and going through something.

“When I was in the middle of my breakdown, I was arrested at one point and locked in a cell, and taken to court.

“I only remember vague memories but I was clearly not well and I walked out of the court and this lady came up to me, I don’t know who she was, she stopped me and asked if I was okay.

“And I said, ‘I don’t know who I am’ and she could clearly see I was unwell, so she went into her purse and got out ten quid and flagged a cab down.

“Just to reach out and say, ‘are you feeling okay?’, rather than us all looking at our phones.

“Clearly there’s a spectrum but I’d say 90% of people experiencing mental health issues are harmless and what they need is help, guidance and support rather than being banged up in a cell.”

David Harewood: Psychosis And Me will air on 9pm on Thursday May 16 on BBC Two, as part of the Mental Health season.