Police must decide on prosecution over Huawei leak, says Hunt 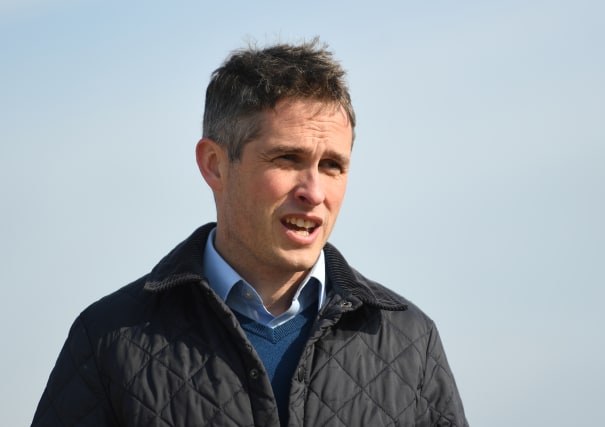 Police, not politicians, should decide whether to launch a criminal investigation into the Huawei leak, Foreign Secretary Jeremy Hunt has said.

Gavin Williamson was dramatically sacked as Defence Secretary on Wednesday after Theresa May said that a leak inquiry had found “compelling evidence” that he was behind the unprecedented disclosure of secret information from the National Security Council (NSC).

But the Staffordshire South MP has “strenuously” denied being to blame, claiming that he has been the victim of a “kangaroo court” investigation by Cabinet Secretary and National Security Adviser Sir Mark Sedwill.

Labour is leading calls for detectives to investigate if a breach of the Official Secrets Act was committed when details of a highly sensitive NSC discussion on Chinese telecoms giant Huawei’s potential involvement in the development of the UK’s 5G network were leaked to the Daily Telegraph.

Scotland Yard said it was not carrying out an inquiry, although it would look into any information “that would suggest criminal offences have been committed”.

Mr Williamson said he would welcome a police probe, which he believes would have “absolutely exonerated” him.

Meanwhile, Downing Street said the Prime Minister “considers the matter to be closed”.

Responding to a question from the Press Association during a visit to Ethiopia, Mr Hunt said: “Let me say that, when it comes to issues like whether there should be a police investigation or not, there’s a very, very important principle of our system that those decisions are not made by politicians, they are made independently by police.

“And that has to be the correct way forward in this situation.”

A Government minister was being summoned to the House of Commons on Thursday morning for a grilling from MPs on the affair, after Speaker John Bercow granted Labour an urgent question.

Labour deputy leader Tom Watson requested a statement from Mrs May on the findings of the leak inquiry, but it was unclear whether the Prime Minister would respond in person or send another minister.

Mr Williamson’s abrupt firing as head of the Ministry of Defence sent shockwaves around Westminster on Wednesday after Mrs May said the inquiry had found “compelling evidence” suggesting he was to blame.

The PM also said she was “concerned” at the manner in which he had engaged with the inquiry.

But Mr Williamson denied either he or anyone on his team was behind the leak and insisted he had fully complied with the probe.

“I volunteered everything up. I couldn’t have volunteered more information on the whole thing,” he told The Times.

In a letter, Mr Williamson also revealed that he rejected an offer from Mrs May to resign rather than be sacked, saying that this would have sent a signal that he accepted either he or his team was guilty.

Speaking to the Daily Telegraph, the paper which first reported the leak, the former minister said he had been “completely screwed”.

“She has got the wrong person and the person who did leak this is still out there,” he said.

The PM’s dramatic firing of her one-time close ally came on the eve of local elections across England and Northern Ireland on Thursday.

Opposition parties demanded a police probe into the affair, with Labour branding the ex-Cabinet minister “treacherous”.

Shadow defence secretary Nia Griffith told BBC2’s Newsnight: “Clearly, there’s a real breakdown in discipline and Theresa May now needs to take absolutely firm action, and, quite frankly, I think she needs to call in the police and have a full investigation, because we are talking, actually, breaking the Official Secrets Act and, actually, there may well be a case to answer here.

“I think it was absolutely treacherous – both to the country, but also to the Prime Minister.

“We have here a case of yet another Tory minister putting leadership ambition before the good of the country.”

The letter states: “I am writing to ask you to open a criminal investigation to ascertain whether the actions of Mr Williamson constitute a breach of the Official Secrets Act.”

Asked about the possibility of a prosecution, Mrs May’s official spokesman told a Westminster briefing: “It is not for the Government to determine prosecutions, but the Prime Minister has said, from her point of view, that she considers the matter to be closed.”

Scotland Yard said in a statement that it was a matter for the NSC and the Cabinet Office and it was not carrying out an investigation at this time.

“Clearly, if at any stage we receive any information that would suggest criminal offences have been committed, then we will look into that,” it added.

Speaking on BBC Radio 4’s Today programme, he said: “He got £1.8 billion extra in the Budget last year and was continuing to argue the case for more resources in the Spending Review and he was fighting his corner.

Lord Dannatt said he spoke to Mr Williamson on the phone on Wednesday night following his sacking.

He said: “Last night he was very much protesting his innocence…

“He has been trying very hard to argue the toss for the Ministry of Defence, for the armed forces, with the Treasury to get more resources.

“He has to protest his innocence over this, otherwise he is laying himself open to potentially criminal prosecution.”

Lisa Nandy: You cannot be silent in face of racism and police brutality