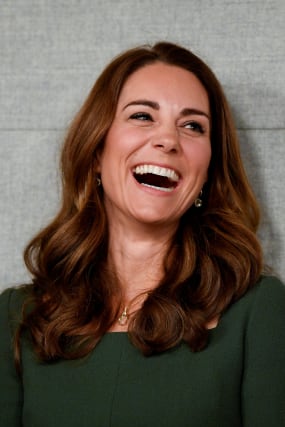 The Duchess of Cambridge has opened a mental health charity’s £40 million centre which officials hope will be a “game changer” in supporting young people.

Kate was described as being “proud” to see the new home of the Anna Freud National Centre for Children and Families, which she supports as patron.

The facility brings a range of experts under one roof in King’s Cross, London.

Her visit over-ran by more than 30 minutes as she met supporters, staff and donors and later spent time with pupils and their parents and grandparents at the charity’s school within the new building, the Kantor Centre of Excellence.

Before an unveiling ceremony, the duchess told the invited guests: “We are all here today because we care so much about transforming the mental health of children, young people and their families.

“I have learnt so much about early childhood development and the importance of support for parents through your work here at the Anna Freud Centre – this is something I really do care about.

“The ambition for the new Kantor Centre of Excellence is hugely inspiring. The bringing together of research, education, practice and policy, all in one place, will take Anna Freud Centre’s mission to the next level.

“It is testament to what can be achieved when people work together to realise a shared vision.”