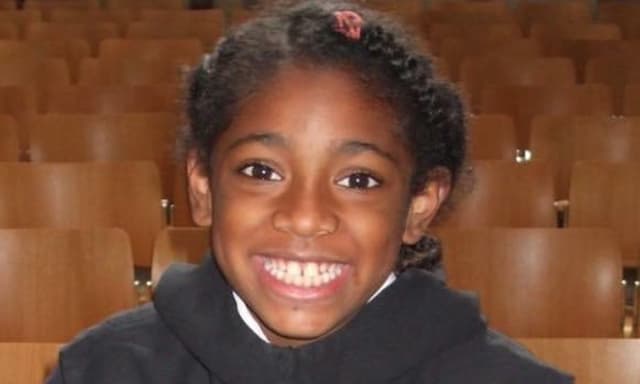 The mother of a nine-year-old girl whose death was linked to air pollution is to find out if the High Court will quash her daughter’s inquest and grant a new hearing.

Her mother, Rosamund Kissi-Debrah, applied to the court for a fresh inquest after new evidence came to light regarding air pollution levels close to their home.

If the family’s request is granted at a hearing in London on Thursday, Ella may become the first person in the UK for whom air pollution is listed as the cause of death.

Ella lived 25 metres from the South Circular Road in Lewisham in south east London – one of the capital’s busiest roads – and a 2018 report concluded it was likely that unlawful levels of pollution contributed to her fatal asthma attack.

An inquest in 2014 focused on Ella’s medical care and concluded the cause of her death was acute respiratory failure as a result of a severe asthma attack.

But a 2018 report by Professor Stephen Holgate found air pollution levels at the Catford monitoring station one mile from Ella’s home “consistently” exceeded lawful EU limits over the three years prior to her death.

Attorney General Geoffrey Cox granted the family permission to apply for a fresh inquest in January after deciding there was “new evidence which may alter the substantial truth of Ella’s death”.

Ms Kissi-Debrah previously said it was “simply unacceptable in this day and age” that children were dying because of the air they breathe.

She added: “This is the latest step in finding out if it was air pollution that snatched my beautiful and bubbly daughter away from me.

“While nothing will bring her back, I hope a new inquest will give me the answers I need and help hold those in power, who allow our cities to have dangerous and illegal levels of pollution, to account.

“I hope that Ella’s case will make the Government take the issue of air pollution seriously and will help prevent other parents from having to mourn the death of their child.”

Prof Holgate, a leading expert in asthma and air pollution whose report was quoted in a submission to the Attorney General, found a “striking association” between Ella’s hospital admissions and air pollution episodes.

He concluded there was “a real prospect that without unlawful levels of air pollution Ella would not have died”.

After the fresh evidence emerged, more than 170,000 people signed a Change.org petition set up by Ella’s mother, calling for a fresh inquest.

She added: “We hope that the High Court will look favourably on this application and allow a further inquest into Ella’s death.

“Only then will the family get the answers it needs to help them understand what led to Ella’s death six years ago and whether it was avoidable.

“Furthermore, this case has wider implications – as in large areas of our country, children continue to breathe in unlawful levels of air pollution.

“This investigation will shine a light on what the Government is doing, or not doing, to clean up the air in the soonest time possible as is required by law and identify steps that must be taken to avoid future deaths.”