Director stole £2.4m from companies behind Deep Purple’s back catalogue 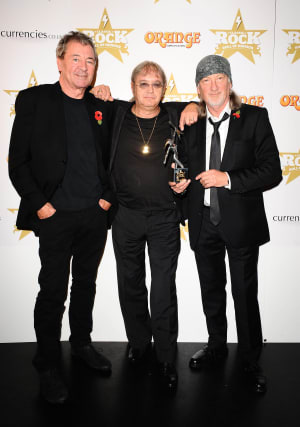 A director who stole £2.4 million from two companies which held the royalties to acclaimed 70s rock band Deep Purple has been jailed.

Alongside Led Zeppelin and Black Sabbath, Deep Purple are often referred to as part of the “unholy trinity” of British hard rock.

Their back catalogue, built over a 50-year career, includes songs such as Smoke On The Water and Soldiers Of Fortune.

Rao pleaded guilty to fraud by abuse of position and of laundering the proceeds of the fraud.

Over seven years, he transferred large sums of money from the accounts of Deep Purple Overseas Ltd and HEC Enterprises Ltd into his personal account.

Rao claimed they were for loans he would later pay back.

But a police investigation found Rao had tried to hide most of the transactions and failed to record them in the company records.

This was only discovered after two of the companies’ directors died and their stakes in the businesses were passed to their children, who hired a new accountant to audit the books.

Both companies have since been dissolved.

Detective Constable Rebecca Mason, from Surrey Police’s Economic Crime Unit, said: “This is a case of out-and-out dishonesty and someone blatantly abusing the trust placed in them.

“Just because someone wears a suit and hides their crimes behind the facade of an official sounding job, it doesn’t make them any less of a criminal.

“(Dipak Rao) abused his position and hid his crime for over seven years… As a result of Rao’s actions both companies now no longer exist and the victims are left dealing with the financial consequences – and the consequences to their families’ reputations – of what he did.

“The directors of these two businesses have suffered a huge amount of emotional distress throughout all of this, and I hope that today’s sentencing will give them some closure.”

Representatives of Deep Purple have been contacted for comment.