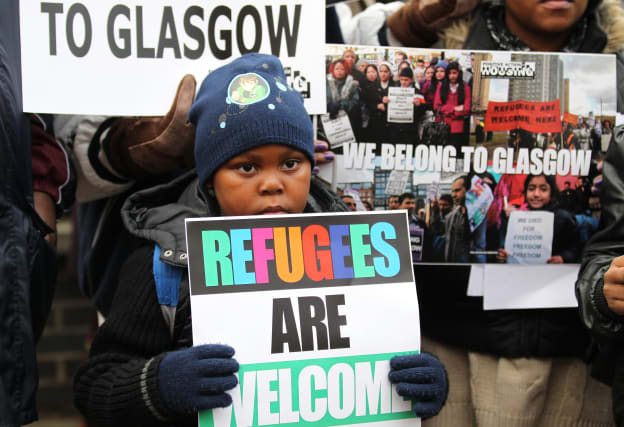 An asylum seeker is to appeal after a judge ruled against her in a lock-change row.

The Home Office contractor said it was forced to act after paying for housing for up to 300 asylum seekers in Glasgow who had been denied the right to remain in the UK.

Two women – a Kurdish Iraqi national and a Kurdish Iranian – launched a legal challenge against Serco and the Home Secretary, arguing their eviction would be unlawful without a court order.

Court of Session judge Lord Tyre last month ruled the arguments were not sound and dismissed the cases.

Govan Law Centre, which represents the women, said it has been instructed to lodge an appeal by the Kurdish Iraqi woman.

The appeal will be lodged at the Court of Session in Edinburgh on Thursday.

“We were delighted that Lord Tyre held Serco was a public body for the purpose of the Human Rights Act 1998 – something that both Serco and the Home Office had strongly resisted at the debate in February this year.

“Our understanding is that jurisprudence from the European Court of Human Rights – which has been followed in appellate courts in the UK – requires the interference with our client’s human rights by a lock-change eviction to be compatible with the rule of law and not just her article eight right to respect for her home and family life.”

GLC previously said any asylum seeker threatened with a lock-change eviction in Scotland would need to challenge the decision by lodging an urgent appeal to the First Tier Immigration Tribunal.

Mr Dailly said: “With the greatest of respect, we can see no precise or foreseeable adequate safeguards for asylum seekers by making section 4 applications to the Home Office, or thereafter appealing refusals of further support to the First Tier Immigration Tribunal.

“An appeal to the First Tier Tribunal does not stop or prevent an eviction – there is nothing in the tribunal rules to empower the tribunal to put a lock-change eviction on hold pending an appeal.”

Serco said it would not be taking any immediate action as a consequence of Lord Tyre’s decision and stressed it had not restarted the process of lock-change evictions.

It was revealed in January that Serco had lost the Home Office contract in Scotland, which will be delivered by Mears Group after September.