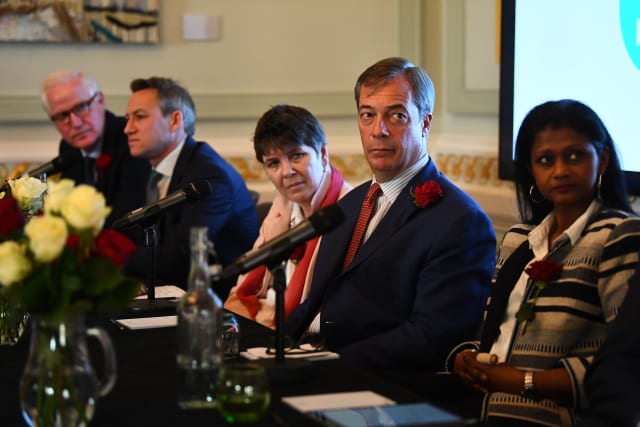 The father of a schoolboy murdered by the IRA has criticised a leading Brexit Party candidate for “absolutely disgraceful” comments about the terror group made days after the Warrington bombing which killed his son.

Ex-Communist Claire Fox, now a European elections candidate for Nigel Farage’s party, was a leading member of the far-left Revolutionary Communist Party (RCP) which defended the Warrington bombing on March 20, 1993.

The party’s newsletter published days later in April 1993 defended “the right of the Irish people to take whatever measures necessary in their struggle for freedom”.

Fox is the number one candidate in the North West of England for the Brexit Party, and if the polls are correct, likely to become Warrington’s MEP.

As a leading light of the RCP she was also reportedly a member of the Irish Freedom Movement, which backed dissident republicanism.

Tim Parry, 12, and Johnathan Ball, three, were killed in the bombing which left 56 injured.

He said: “What she said at that time is highly inappropriate.

“For somebody to come out with comments I believe she made, and being an apologist for the IRA, is absolutely disgraceful.

“If this woman would care to explain her comments back at that time to me and my wife, I would like her to do so.

“She should disavow these comments if that’s her position and say, ‘I was wrong, I was foolish’.

“I simply say I think voters in the constituency of the North West, which is a big area, really should be aware, as voters should be in general should be aware, of the political positions of candidates, even if they disavow them from a former life.”

Asked what voters would make of the matter, Mr Parry added: “I would hope they would be absolutely disgusted by these comments.”

Mr Parry and Tim’s mother, Wendy Parry, later set up the Tim Parry Johnathan Ball Foundation for Peace, which has since become an internationally recognised centre for conflict resolution and victim support.

Asked if Nigel Farage should drop Ms Fox as a candidate, Mr Parry said: “I wonder whether he knows? I wonder whether the Brexit Party know this about her? Maybe they don’t think it’s an important issue.”

A spokesman for the Brexit Party said Ms Fox does not deny she did hold those views in the past, but that she supported the Good Friday Agreement, which brought peace to Northern Ireland, and does not hold those views now.

He said: “It’s a desperate attempt to cause trouble. That was 20 years ago and she is committed to democracy and peaceful solutions.”

Mr Price, one of Change UK’s candidates for the European elections, said: “Since Fox’s candidacy was announced and her history has surfaced, I’ve been approached by lots of people in Warrington who are furious she could soon be representing them.

“I live in Warrington, I know the Parry family and I’ve seen first-hand the work their peace foundation has done.

“Claire Fox should not be hiding away in London, she should come to Warrington and explain to the Parry family her views on the IRA atrocity that devastated our town.

“Nigel Farage has made a big mistake in making her his priority candidate for Warrington and he is treating us with contempt.”