Man charged with the murder of Swansea woman 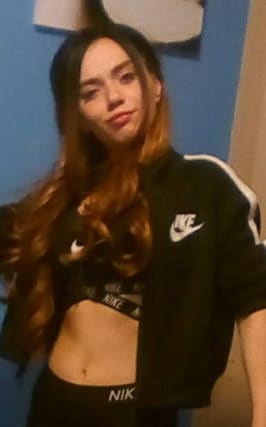 A man has been charged with the murder of a 22-year-old woman who was found dead in Swansea.

The body of Sammy-Lee Lodwig was found at an address on Carlton Terrace in the Mount Pleasant area of the city at around 3am on April 23.

Police were called following reports of a serious assault.

Armed officers and a police helicopter attended the scene, with cordons placed around streets in the area.

Jason Farrell, 49, was arrested later the same day and was charged with Ms Lodwig’s murder on Sunday.

Investigators are now appealing for anyone who may have been in the vicinity of Carlton Terrace and nearby Mansel Street between 4pm on April 22 and 4am the following day.

In the wake of her death, Miss Lodwig’s sister Miakala described her as a “shooting star”.

She said in a statement issued through South Wales Police: “I loved my sister more that life itself. She has been taken from me and my family too early.

“She was my little pocket rocket who loved animals, especially her dog Rocky. She will always remain in my heart.

“Words cannot express how I feel at this time, I just want my baby girl back, my shooting star.”

Farrell is due to appear at Swansea Magistrates’ Court on Monday.

Detective Chief Inspector Darren George said:  “I would like to thank those who have already provided information in relation to this murder investigation and, while a person has been charged, I am still keen to hear from anyone else with information which might be relevant.”

He added that the force is not looking for anyone else in connection with the matter.