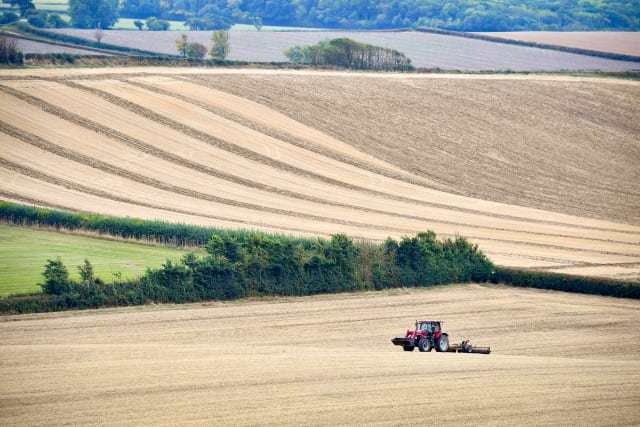 Successive governments have pursued policy agendas designed for urban and suburban economies, to the disadvantage of rural communities, a parliamentary report has found.

The cross-party report called for the Government to develop a rural strategy for England comparable in ambition with the industrial strategy which Theresa May has placed at the heart of her domestic policy agenda.

It identified unaffordable housing, poor broadband and mobile connections, social isolation, a lack of support for businesses and training and the loss of basic services such as banks, buses and shops as key issues to address.

The report, by the House of Lords Rural Economy Committee, said: “Successive governments have underrated the contribution rural economies can make to the nation’s prosperity and well-being.

“They have applied policies which were largely devised for urban and suburban economies and which are often inappropriate for rural England.

“This must change. With rural England at a point of major transition, a different approach is needed.”

Challenges with telecommunications, housing, skills and finance for businesses and declining service provision must be addressed if rural communities and economies are to flourish, the report said.

And it said: “No resident or business should be disadvantaged unreasonably by their rural location.

“It is clear to us that, if rural economies are to meet their full potential, doing nothing is not an option.”

Committee chairman Lord Foster of Bath said: “Rural communities and the economies in them have been ignored and underrated for too long.

“We must act now to reverse this trend, but we can no longer allow the clear inequalities between the urban and rural to continue unchecked.

“A rural strategy would address challenges and realise potential in struggling and under-performing areas, and all vibrant and thriving areas to develop further. Doing nothing is not an option.”

Crispin Truman, the chief executive of the Campaign to Protect Rural England (CPRE), said it was “vitally important” that politicians develop a better understanding of the economic, social and environmental value of the countryside.

“Almost one fifth of England’s population live in rural areas, but a failure to address the unique and specific needs of these communities has put them at risk of being left behind,” said Mr Truman.

“The best way to express the political will required to build thriving rural communities is through better funding for housing, infrastructure and public services.

“By investing in and tackling these issues in a holistic way, we will enable our market towns and villages to flourish, making them attractive places to live and work and visit for all people of all ages.’

A Government spokesman said £3.5 billion will have been invested in the rural economy through the rural development programme by 2020.

“We will continue to champion the countryside across government – driving forward high-speed broadband in hard-to-reach places, increasing housing availability in rural areas and supporting the creation of more than 6,000 jobs through our dedicated fund for rural businesses,” the spokesman said.

Face masks not recommended for general wearing by public