Man walks down the road with tiny shed on his head 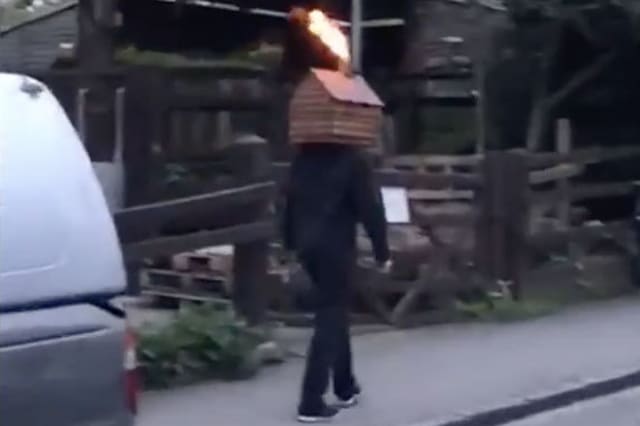 This bizarre sight in Bristol was filmed by an astonished onlooker.

The man had a miniature wooden shed on his head with disco lights under the eaves and fire blasting out of the chimney in time to the music.

Edward Jenkins, 35, was out for a walk with his wife Poppy in the city's St Werburghs district when he came across the mystery man.

"Hearing the distinctive music we stumbled across 'shed head' walking down the street and I whipped out my camera," he told BristolLive.

"He was being chased by a few people but by the time they came round the corner he had disappeared."

NHS trusts call for detail on ventilator capacity as new order placed for 10,000