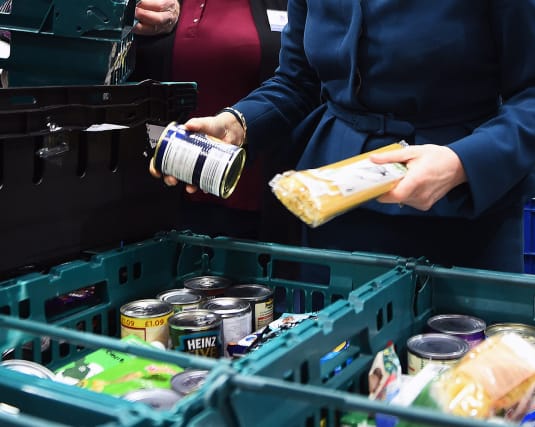 An independent children’s food watchdog is needed to help tackle child food insecurity in the UK, according to a report.

An estimated one in three – or 4.1 million – children live in poverty in the UK, with an estimated 2.5 million living in “food insecure” households.

The Children’s Future Food Inquiry has spent 12 months investigating children’s food insecurity across the UK, and the project’s final report compiles the experiences of hundreds of young people, academics and experts.

Inquiry co-chairwoman Sharon Hodgson said: “Children are falling through the safety net, and families are having to rely upon charities and service providers for things such as breakfast clubs, holiday provision and food banks.

“These children, and their families, need support from the Government in order to have access to healthy and affordable food.

“The Government must take this issue of food poverty seriously, and it must include young people in the conversation.”

Dame Emma said: “In a wealthy society that claims to value compassion and humanity, how can we tolerate the injustice of millions of children going hungry?

“In the face of the Government’s refusal to help, the Children’s Future Food Inquiry has brought together hundreds of young people to hear about their lived experience of food poverty, and it’s time we listened to what they say.

“It’s the younger generation who will deliver the change that’s so urgently needed: we must act now to ensure every child in the UK has their right to food.”

A #Right2Food Charter included in the report presents recommendations from children aged between 10 and 18 for improving their access to enough nutritious food.

Their key proposal is for a new Children’s Food Watchdog, which will stand as an independent body, with children and young people involved in its leadership.

The report was initiated by a cross-party group of MPs, peers and experts and addresses issues including holiday hunger, unhealthy food marketing and the stigma attached to free school meals.

Evidence was gathered from workshops with nearly 400 children in 13 different locations around the UK, an academic review of child food insecurity, polling of young people, submissions of evidence from people working with children, a UK-wide policy review and secondary analysis of Government data on the affordability of a healthy diet.

Food Foundation executive director Anna Taylor said: “Children living in poverty have told this inquiry directly that they don’t have enough to eat, and that the food their parents can afford is harming their health.

“We should care about unlocking our children’s potential, but instead the food insecurity experienced by millions of young people in the UK is hindering their growth, crippling their confidence and making it impossible to learn and develop.

“The inquiry’s report and its recommendations prove that there are things we can do right now to make sure children have enough nutritious food.

“It’s an opportunity to right the wrongs we have tolerated for too long – we cannot let it pass us by.”

A Government spokeswoman said: “Tackling disadvantage will always be a priority for this Government, and we welcome the new report from the Children’s Future Food Inquiry.

“Employment is at a record high and wages are outstripping inflation, but we know there’s more to do to ensure that every family has access to nutritious, healthy food.

“We have already taken steps to tackle food inequality by providing free school meals and our Healthy Start vouchers.

“We are also investing up to £26 million in school breakfast clubs and £9 million to provide meals and activities for thousands of disadvantaged children during the summer holidays.”