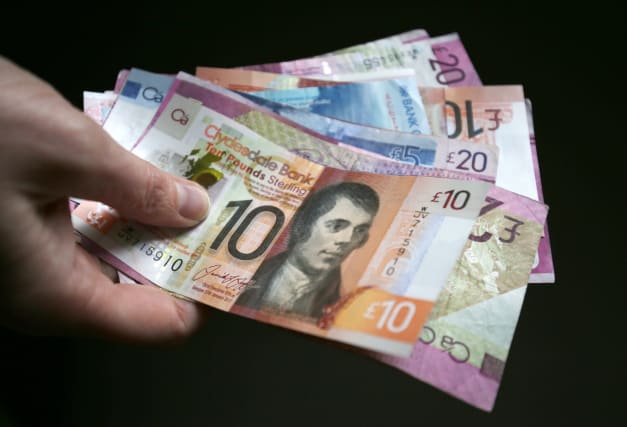 Too few workers in Scotland are earning the Living Wage, despite uptake in the scheme being higher than in other parts of the UK, MSPs have heard.

Firms are able to become accredited Living Wage Employers by ensuring workers and any subcontracted staff earn the set rate of £9 per hour, or £10.55 in London.

But despite a high number of companies signing up to the campaign in Scotland, many of the accredited firms have lower number of employees than non-accredited larger private-sector companies, a panel of sector leaders told the Finance and Constitution Committee on Wednesday.

According to statistics published by Living Wage Scotland, around 470,000 people in the country do not earn the real Living Wage.

Helen Martin, STUC assistant general secretary, told the committee that in some industries where collective bargaining coverage is low, such as in hospitality and agriculture, as well as in some parts of the construction sector, people have seen their pay pushed down consistently over several years.

She said: “It’s important to recognise that we’ve had quite a large living wage campaign in Scotland and that has been very successful in terms of how many companies have signed up to be Living Wage accredited – we’ve probably got the highest in the UK.

“Yet it doesn’t move the measure on how many workers are suffering from pay that’s below the Living Wage, which sits sort of static around 20%.

Anna Ritchie Allan, executive director of Close the Gap, said women are being disproportionately impacted by pay that is lower than the Living Wage.

“But in the private sector, we do see widespread pay practice that is premised on discretionary pay, which evidence shows that women are more likely to dis-benefit from that.

“So there’s potential for discrimination in relation to pay but also that sustains women’s lower pay.

“Two-thirds of the workers earning below the Living Wage are women and so there’s another clear gender dimension there as well.”

IPPR Scotland director Russell Gunson suggested that setting an example on pay within the public sector could influence decision-making at private firms.

Torsten Bell, Resolution Foundation director, said: “It’s a really important campaign, we support it, we’re members, we sign up, but there’s not enough people affected by the Living Wages rates for it to be what matters for your labour market as a whole yet.”

John Gallacher, Unison’s Scottish organiser, said: “It is important that public sector bodies get Living Wage accreditation because part of the terms of that is that if they have outsourced contracts, those contracted-out services need to apply that Living Wage rate.”