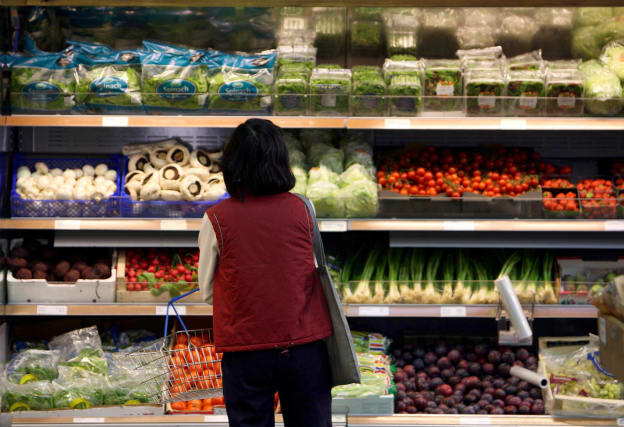 Shoppers at some of Britain’s biggest high street stores have been filmed by researchers to examine their buying behaviour, with some footage placed on a public YouTube channel, an investigation has found.

The Daily Mail reported that Tesco, Boots, Sainsbury’s and Co-op all commissioned SBXL, a behavioural analysis agency, to film customers in their aisles.

The firm has also worked with L’Oreal, Coca-Cola, Danone and Kellogg’s, the Mail said.

SBXL said adequate signage was in place and consent was sought from customers.

However, the Information Commissioner’s Office (ICO) said it was examining the Mail’s findings to check for breaches of data protection laws.

ICO director of investigations Steve Eckersley said: “The Daily Mail’s investigation has highlighted concerns about the use of CCTV. We will be examining the material provided and making appropriate inquiries.”

YouTube videos on SBXL’s public channel showed footage of customers in stores, some of which had remained on the channel for eight years, according to the newspaper.

A spokeswoman for SBXL told the Mail that it had “never carried out covert recording of customers in stores” with research “only ever carried out with the full co-operation from the public involved”.

Boots said it had been “let down” by SBXL and would not be working with the firm again.

The retailer said in a statement: “When conducting research for Boots, SBXL were under a contractual obligation to comply with all data privacy laws, keep any information gathered confidential and destroy it after the project had finished.

“Clear signage and highly visible cameras were in place in the area of the store where the SBXL market research was happening and at no point were hidden cameras used, nor was filming hidden from customers. Further, all customer data was intended to be used for research purposes only.

“We work hard to ensure our processes are robust but whenever anything happens we will learn from it to make them tighter still. We’ve been let down by SBXL who have breached the terms of their contract with us by using our research clips in their promotional material and as a result we will not be working with them again.”

Sainsbury’s said: “We do not work with this company and have never had a direct relationship with them.

“SBXL has assured us that they have deleted all data captured in Sainsbury’s stores and removed all references to Sainsbury’s from its website and YouTube channel.”

Danone said: “We have not worked with this company for several years and have no current relationship with them. All our suppliers are contractually required to operate in an ethical way and ensure compliance with all applicable legislation, including data protection regulations.”

Tesco told the Mail it “does not covertly film customers in stores nor would we allow any other company to do so” and that it worked with SBXL once in 2011 and customers gave permission to be interviewed.

A Co-op spokesman said: “Protecting our customers’ privacy is a priority and we have strict data protection policies, which include being clear with people about how their information is being used and making sure it’s only seen by the right people.

“We have only used SBXL for two limited trials, lastly in January 2018, and both times clear customer signage was in place, in line with the Market Research Society’s Code of Conduct rules and Data Protection legislation. All footage was deleted within three months and SBXL have confirmed that no images from this were posted online.”