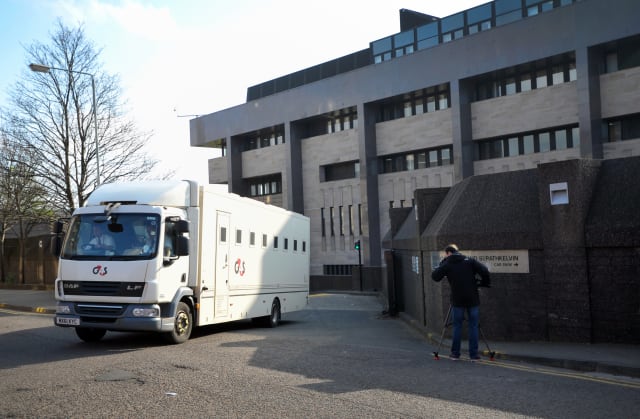 A man has appeared in court charged with attempted murder after an alleged mass brawl following an Old Firm clash.

Three people were seriously injured in the incident, which followed the  Celtic v Rangers match at Celtic Park on March 31.

Kyle Beard made no plea when he appeared at Glasgow Sheriff Court on Tuesday.

The 24-year-old, of Glasgow, was charged with assault to severe injury and attempted murder.

He was remanded in custody and is expected to reappear within eight days.

Six other people have appeared in court in relation to the disturbance, which took place in Blackfriars Street in the Merchant City.

Jack Docherty, of Glasgow, appeared at the city’s sheriff court on Thursday charged with three assaults and a breach of the peace but made no plea.

The 27-year-old was granted bail and is due to appear at a later date.

On Monday April 15, five people appeared at the same court charged with a breach of the peace in connection with the incident.

They were granted bail pending their next court appearance.