A conservative think tank has called for the House of Lords to be abolished after Brexit, and be replaced by a new Senate representing the different parts of the UK.

The paper, authored by MSP Murdo Fraser, argues that current arrangements are inadequate and support for independence in different parts of the UK will increase if further reforms are not introduced.

Mr Fraser said: "With nationalists in different parts of the United Kingdom seeking to use Brexit uncertainty for their own political ends, it is important that unionists have a coherent response.

"Introducing a UK-wide Senate delivers the long-awaited and overdue reform of the House of Lords, giving a better balance to the UK constitution and protecting the interests of the nations and regions furthest from London. 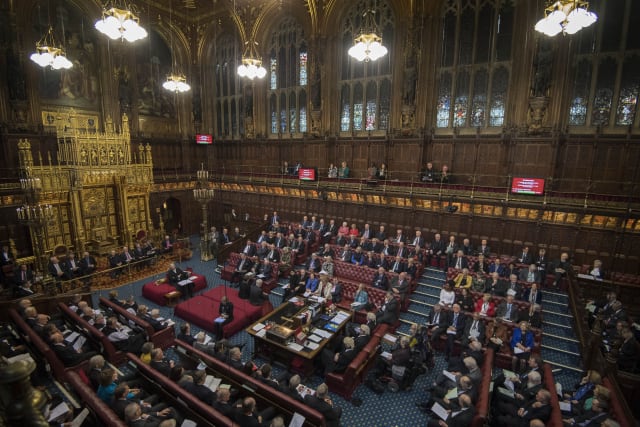 "A new quasi-federal settlement can mitigate concerns that exist in Scotland, Wales and Northern Ireland, and also are growing in many parts of England, about an over-centralised state where, despite asymmetric devolution over a period of two decades, there is still pressure for more power to be passed down from the centre."

The report argues the House of Lords should be abolished and replaced with a new Senate, or Upper House, representing different parts of the UK.

This should be predominantly – if not entirely – elected, fulfilling the role both of a revising chamber and as a counterweight to the Commons.

It calls for a new Statute or Charter of Union, which would declare the creation of a quasi-federal state and provide legislation for the UK's intergovernmental work.

A new UK Council of Ministers should replace the existing Joint Ministerial Committee system, it says, with a need for England to have representatives elected by an English Grand Committee.

Ryan Shorthouse, director of Bright Blue, said: "Our departure from the EU provides the impetus to introduce important governmental and constitutional reforms to create a 'quasi-federal' future for the four nations of the union.

"Notwithstanding the difficulties and divisions Brexit has created, it does offer an opportunity for overdue democratisation and modernisation of key institutions of the union."