Father saves toddler being dragged away by dingoes 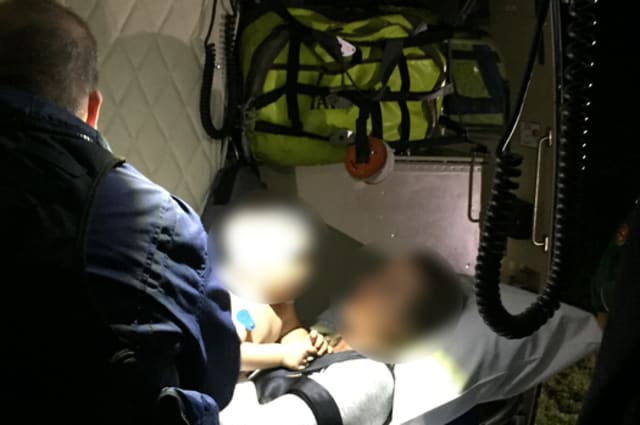 A man has fought off several dingoes to save his 14-month-old son from one of the wild dogs that was dragging the boy from their camper van on an Australian holiday island, rescue workers said.

The boy suffered deep cuts on his head in the attack on Fraser Island in Queensland, paramedic Ben Du Toit said.

The family were sleeping when a dingo entered the camper van. Mr Du Toit said the parents woke as their son's cries were fading as he was dragged away.

BREAKING NEWS: A toddler has been pulled from a caravan on Fraser Island.

The Courier-Mail reports the 14-month-old's parents woke to the noise of the toddler being pulled from the caravan... https://t.co/AfIjrQmQSD

The father ran outside and fought off several dingoes to rescue his son.

"He was apparently grabbed around the back of the neck area and dragged away. So if it wasn't for the parents and their quick thinking and fighting off the dingoes, he probably would have had more severe injuries," Frank Bertoli, a pilot for RACQ Life Flight, told Australian Broadcasting Corporation.

The boy was airlifted to a hospital early on Friday.

Mr Bertoli said the boy is the third child attacked by dingoes on Fraser Island this year.

The island is part of an Australian national park and is known for its rainforests, wetlands and extensive coastal dunes.

Island authorities issue strong warnings for visitors to avoid dingoes and to not try to draw their attention or leave food behind.

Extra rangers have been assigned to investigate the attack and patrol the island.

Mr Clifton said dingo specialists are trying to identify which animals attacked and to brief campers.