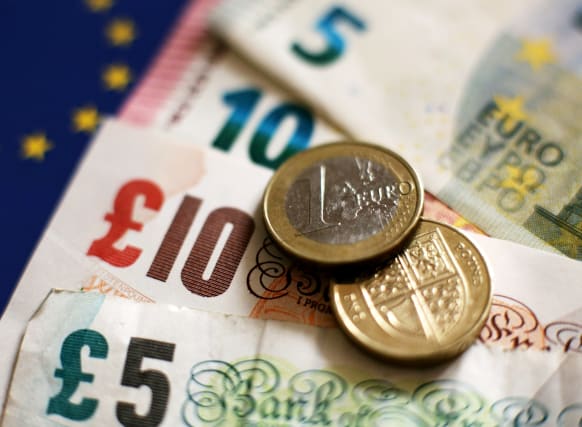 The prospect of a no-deal Brexit has taken its toll on the confidence of Scottish businesses, a report has warned.

The document, published by the Scottish Chambers of Commerce in partnership with the Fraser of Allander Institute, says uncertainty over the UK’s departure from the EU caused the health of the Scottish economy to “weaken considerably” in early 2019.

Whilst noting businesses in Scotland remain “relatively resilient”, the report said the “cloud of Brexit” is making it difficult for firms to consider any long-term plans.

Earlier this month, an extension was agreed with the EU to extend Article 50 until October 31, unless the UK is able to agree on a process for withdrawal before then.

Tim Allan, president of the Scottish Chambers of Commerce, said: “The prospect of a no-deal Brexit has undoubtedly taken a toll on business confidence in Scotland in the first quarter of 2019.

“Companies in Scotland are caught in a pincer movement of business challenges.

“On one hand, businesses are faced with increased cost pressures such as rising costs due to currency weakness and higher wages, and on the other they are hit by the dampening effects of political turmoil caused by the ongoing uncertainty of our future relationship with the EU.

“There is an immediate urgency to deal with Brexit, which is hampering our ability to compete on the international stage.

“We see this borne out in the decline in confidence, difficulties in recruitment and challenges in exporting. Furthermore, restraint on plans to invest will do nothing to solve Scotland’s ongoing productivity challenge which requires sustained levels of investment in skills and training if we are to see the shift the economy needs.

“Our survey has shown some real areas of robustness which highlights the resilience of Scottish businesses and their resolve to stay focused on creating jobs and paying taxes to fund vital public services.

“The lack of clarity about the UK’s terms of exit from the EU continues to cast a shadow over day-to-day decision making, with businesses clearly struggling to make long-term plans in such times.

“Weak business investment has been a feature of recent times, and this latest survey shows that firms are becoming even more reluctant to make investment decisions at this present time.

“This is an unwelcome sign given the key role that investment plays in boosting productivity, and in turn improving long-term economic prosperity.

“With high rates of employment across the Scottish economy, the survey also identified that for many firms, pressure for pay increases remains on the up.”

“It is clear that there is a great deal at stake for every business, and their voices must be listened to before irreversible decisions are taken,” he said.

“We continue with our preparations to protect against the threats from Brexit, but no amount of preparation or funding can completely mitigate all the impacts of leaving the European Union.

“That is why we continue to make the case for remaining in the EU, in line with the decisive democratic vote in Scotland.

“By taking us out of a market around eight times bigger than the UK alone, Brexit – in whatever form – will cost jobs, make people poorer, damage our society and undermine the democratic decision of the people of Scotland to remain in the European Union.

“A no-deal Brexit would be particularly devastating and the UK Government must now take urgent steps to rule out such a scenario.”