Michelle Obama has addressed the time she is said to have broken royal protocol.

The former first lady, 55, raised eyebrows when she put her arm around the Queen at a reception at Buckingham Palace ahead of the G20 summit in 2009.

During the London show of her 'Becoming' book tour, Mrs Obama was asked if she would do anything differently on meeting the 92-year-old monarch again, in light of accusations that she broke protocol.

She said: "What is true among world leaders is that there are people who handle protocol, and usually the people they're representing don't want all that protocol.

"But it's just the way things are. So I don't know that I could have done anything differently because it was a natural human reaction.

"I learned over the course of my time on the international stage to see that either hold my hands together tightly or behind my back to sort of kind of just make sure I was thinking before I reacted naturally.

"But in that moment, no. That was absolutely the right thing to do, because it was the human thing to do."

In her memoir released in November 2018, Mrs Obama revealed that she and the Queen bonded over their painful shoes during their first meeting in 2009.

She said: "I touched her. After all those protocol lessons, I was human." 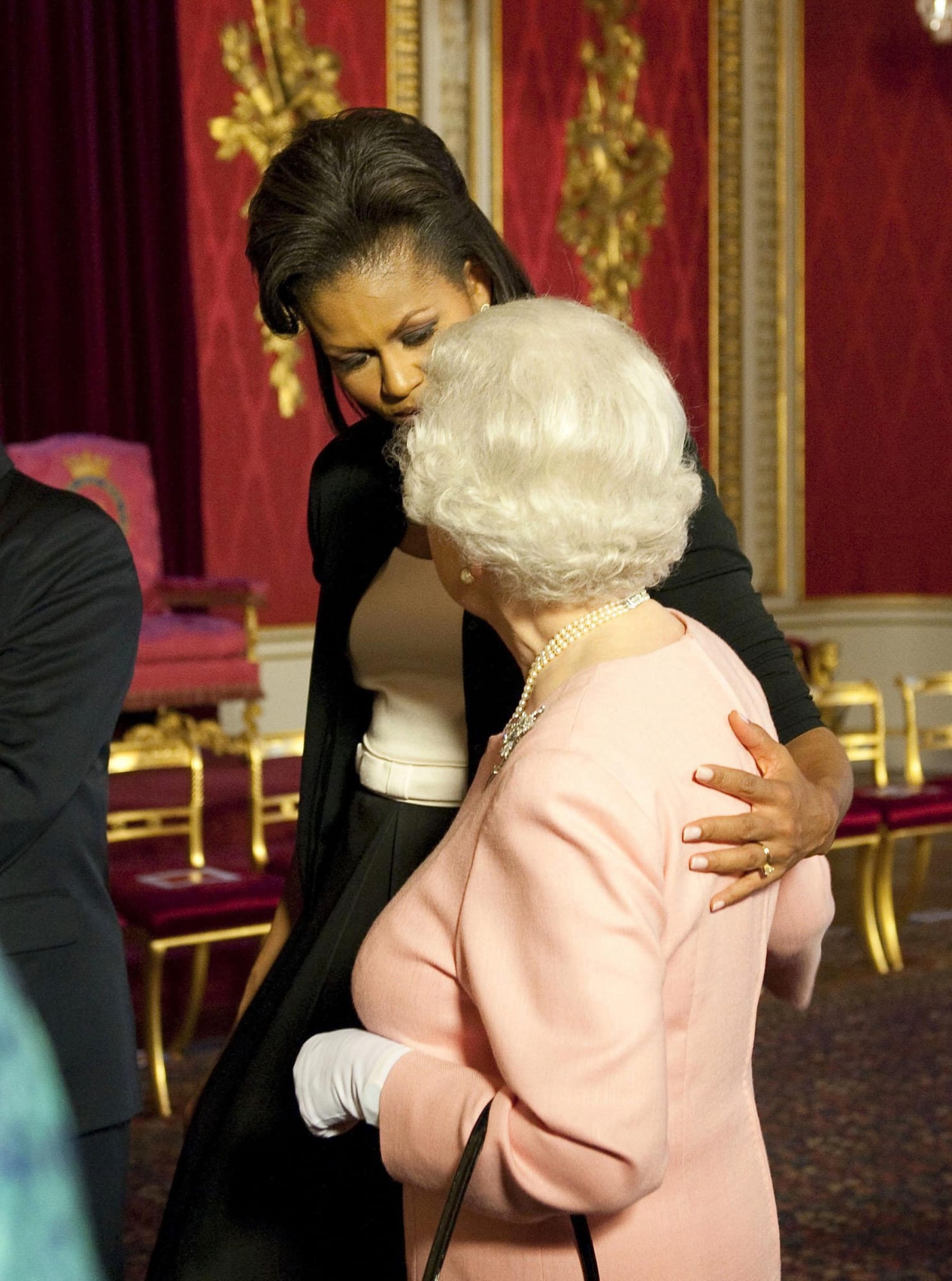 And during her last meeting with Her Majesty in 2016, Mrs Obama recalled the moment the Queen branded royal protocol 'rubbish'.

During a Q&A session at London's Southbank Centre last year, she spoke about the moment she and husband Barack were picked up and driven by Her Majesty and Prince Philip.

"So I had all this protocol buzzing in my head and I was like 'don't trip down the stairs and don't touch anybody, whatever you do' and so the Queen says 'just get in, sit wherever' and she's telling you one thing and you're remembering protocol and she says 'Oh it's all rubbish, just get in'."