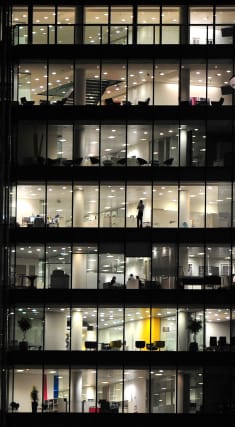 Offices provider IWG has signed a deal with a firm in Japan which will see it sell its operations in the country, as the group targets more international partnerships.

The company, formerly known as Regus, will sell its Japanese operations to Tokyo-listed TKP for £320 million.

TKP will also be able to operate IWG’s Regus, Spaces and OpenOffice brands in Japan under a long-term master franchise agreement.

IWG boss Mark Dixon said the strategic partnership was part of the group’s increased focus on relationships with international partners.

He said: “Partnering and franchising are increasingly important elements of our growth strategy and TKP is an outstanding partner for IWG in Japan, with strong local expertise and leadership in adjacent markets and a complementary network of operations.

“The transaction realises an attractive valuation for IWG’s shareholders and re-affirms our strategy of capital efficient growth in IWG’s global network with an increased emphasis on partnerships.”

TKP is a provider of conference rooms and banquet halls in Japan, with 249 locations across the country.

As part of the wider franchise agreement, IWG will provide services to TKP such as access to its marketing and sales platform in return for a fee linked to revenue in Japan.

The sale is expected to complete in May once it is cleared by Japanese competition authorities.

The divested Japan business contributed £94.4 million to IWG’s revenue in 2018, and generated £20.6 million of underlying earnings.