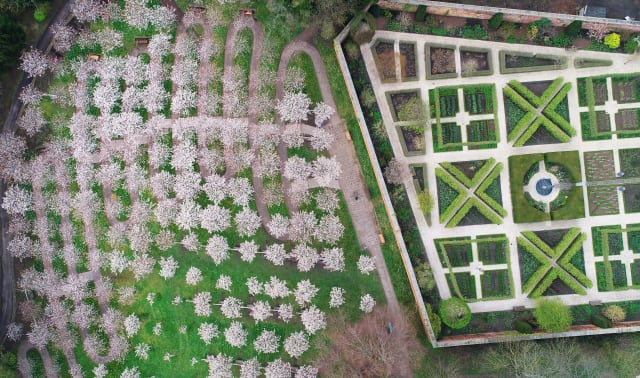 Spring is in full display at the Alnwick Garden in Northumberland with its 326 Tai Haku trees in blossom.

Drone pictures show to full effect the orchard, which is thought to be the largest of the variety – also known as Great White Cherry – outside Japan.

This species of tree was thought to have died out in the early part of the last century, but Captain Collingwood Ingram, a world authority on Japanese cherries, took a cutting from a moribund tree in Sussex before reintroducing it to the gardening world in the 1920s, and now every one of these trees globally is descended from that cutting.

Gary Lineker shares letter from refugee who stayed at his home