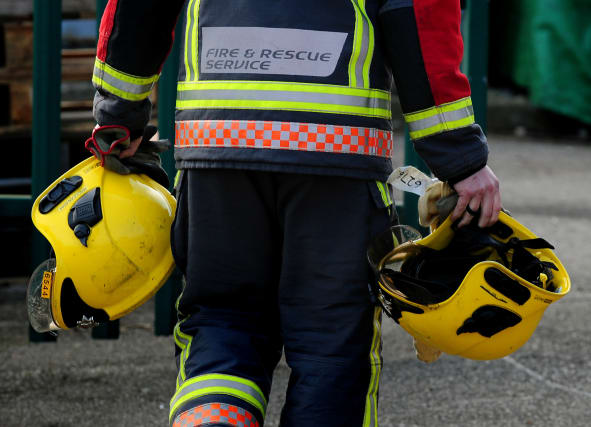 Crews have been tackling a large blaze in a forest for more than 12 hours.

Emergency services were called to a site near Loch Doon, Dalmellington in East Ayrshire at around 6.50pm on Saturday.

Three fire engines were called and crews remain in attendance.

Nearby residents have been advised to shut their windows. There have been no reports of any injuries.

A Scottish Fire and Rescue Service (SFRS) spokeswoman said: “Crews are working alongside the Forestry Commission.

“We will remain on scene until the area remains safe.”

Meanwhile, crews were also called to a large fire within a warehouse in Aberdeen at around 2.20pm on Saturday.

Operations Control mobilised a number for appliances to the incident at Smiddybrae Works in Skene Road.

A SFRS spokeswoman said there are no casualties.