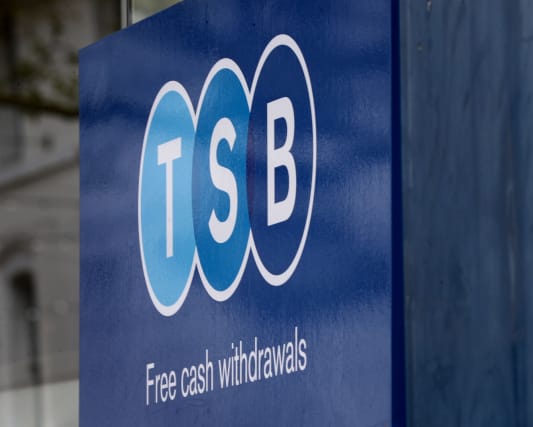 TSB has announced a new “fraud refund guarantee” to ensure its 5.2 million customers are protected if they are an innocent victim of a scam.

The bank has committed to covering customers against all types of transactional fraud losses, including cases where customers are tricked into authorising payments to fraudsters.

The guarantee applies to fraud losses incurred on or after Sunday April 14 2019, setting TSB apart from its banking rivals.

It will apply to existing and new personal and business customers, perhaps helping the bank win over consumers after it was heavily criticised for IT woes last year.

In general across the industry, consumers are entitled to a refund when a fraudster takes money from their account without their knowledge.

But when someone authorises a payment to a fraudster – often because they have been tricked into thinking they are transferring money to a legitimate organisation – the situation is much less clear cut and people have been losing large amounts of money.

Figures from trade association UK Finance show £354 million was lost last year through scams in which victims were tricked into transferring money directly from their account to a fraudster – known as authorised push payment (APP) fraud.

Financial providers were able to return a total of £83 million.

Some £228 million of losses came from personal accounts and £126 million was from business accounts.

Banks have been working together to help increase the chances of people getting their money back, but consumer campaigners who have heard from people devastated at losing their life savings have urged banks to do more.

TSB, which came under fire in 2018 when customers were unable to access accounts due to a huge IT meltdown, said its latest announcement marks a significant step-change in banking, where customers are only refunded for fraud losses in limited circumstances.

It said TSB customers will be refunded for any loss suffered from their account as a result of third-party fraud.

The bank will be communicating the terms of the guarantee to its customers.

Under the guarantee, customers will need to contact the bank to report fraud, and it will still investigate the fraud claim, including what happened and how, so it can inform the customer and ensure they are protected from future fraud.

It will not pay out to customers who try to abuse the guarantee – for example, by committing fraud on their own account or repeatedly ignoring safety advice.

And it will not refund losses on retrospective claims as the guarantee only applies to losses on or after April 14.

TSB said it may also adjust the conditions of the guarantee as time goes on to guard against abuse and help prevent and prosecute fraud and reflect requirements from regulators or enforcement authorities.

TSB executive chairman Richard Meddings said: “The vast majority of fraud claims across UK banking are from innocent victims of fraud who have been targeted by criminals and organised gangs.

“However, all too often these customers must fight to be refunded and are not treated as victims of crime.

“We want to provide peace of mind to our customers, that’s why we’re proud to announce the TSB fraud refund guarantee.

“If a TSB customer innocently suffers a fraud loss on their account after being targeted by a criminal, we’ll cover it.”

TSB said it is also tackling fraud in other ways, including preventing scams through increased education in local communities.

It has also been partnering with local police forces to hunt down criminals, resulting in multiple arrests and successful prosecutions.

Jenny Ross, Which? money editor, said: “For years, people have lost life-changing sums of money to increasingly sophisticated scams, and then faced a gruelling battle to get their money back.

“We know that banks are far better placed to spot and prevent scams than their customers.

“Today, TSB has rightly recognised this and stepped up to take responsibility for refunding its customers across all types of fraud.

“Yet other high street banks are leaving their customers unprotected.

“All banks must now follow TSB’s lead and ensure that their own customers are not left paying for the cost of this crime.”