Man seriously injured in ‘unprovoked’ attack by group in Glasgow 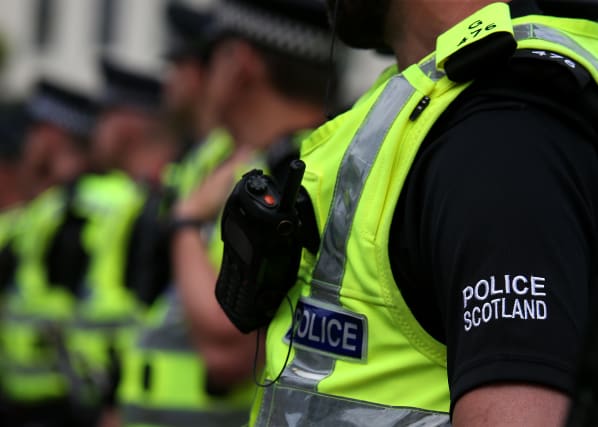 A man suffered serious facial injuries after an apparent unprovoked attack by a group of men in Glasgow.

The incident happened between 11pm and 11.30pm on Sunday March 31 on Dalmarnock Road at its junction with Queen Mary Street.

A 33-year-old man was out walking with a friend when he was approached and attacked by six men, causing him to fall to the ground.

The victim and his friend managed to escape and flee in a taxi to Glasgow Royal Infirmary.

He then contacted police to report the incident.

Detective Constable John Boyd said: “A young man has been left with serious facial injuries and it’s imperative we trace whoever is responsible.

“There does not appear to be a motive for the attack and I am appealing to anyone who was in the area at the time or anyone who may have seen or heard the disturbance to contact us.

“Any small piece of information could prove vital in helping us identify those responsible.  If you have any information, please do pass it on.”

Police Scotland enquiries so far have show there was a disturbance involving several people just prior to the assault at the junction of Queen Mary Street and Baltic Place.

Officers have been reviewing CCTV images and carrying out door-to-door enquiries.

It is believed it is possible the victim may have got caught up in this disturbance.

One of the male suspects is described as white, around 5ft 4ins, slim, between 18 and 20, and wearing a dark hooded top.

A second suspect is white, between 18 and 20, with dark hair and wearing a white t-shirt.