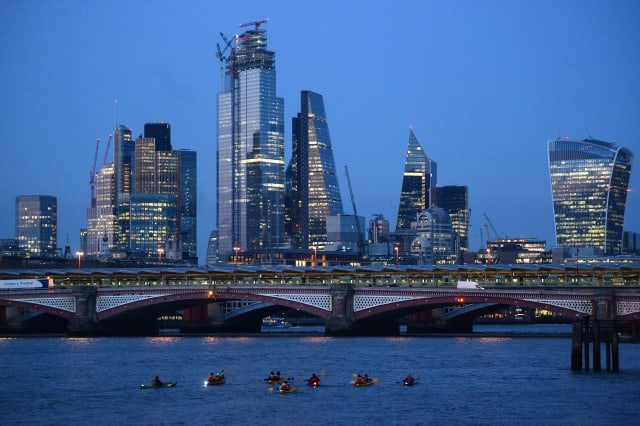 A record number of Britain’s finance chiefs are bracing for the worst and hoarding cash as they anticipate a damaging Brexit.

Deloitte’s survey of chief financial officers shows more than eight in 10 – 81% – believe the long-term business environment will be worse as a result of Brexit, the highest figure since the referendum.

Nearly half of CFOs anticipate reducing capital expenditure and more than one in five aim to scale back deal-making activity, with all citing Brexit.

Around half expect to reduce hiring because of Britain’s EU divorce, the highest level in more than two years.

Ian Stewart, chief economist at Deloitte, said: “Put mildly, it’s been a turbulent few weeks and there’s been little change in confidence and risk appetite among CFOs, as many priced in a tougher environment at the start of the year.

“They went into March braced for tough times and the latest round of Brexit uncertainties have not materially changed that picture. When expectations are already low, it’s harder to be disappointed.”

The Deloitte survey is the latest gauge of business sentiment since Theresa May had her Brexit deal rejected by MPs for the third time. Parliament remains in deadlock, and the UK in limbo.

Eighty-nine CFOs participated, including those at 48 FTSE 100 and FTSE 250 companies.

Finance bosses have become “markedly more negative” on revenue growth prospects over the last year. Half of them now expect a decline in revenues in the next 12 months, up from 18% in the first quarter of 2018.

Firms are placing greater emphasis on cash accumulation than at any time since 2010, with 52% stating that increasing cash flow will be a strong priority over the next 12 months.

This is in line with official data at the end of 2018 revealing that UK corporates held a record £747 billion of cash, equivalent to 35% of GDP and almost a third higher than in early 2016.

David Sproul, senior partner and chief executive of Deloitte North West Europe, said: “Large businesses are clearly looking to protect themselves against risk by raising cash levels and bullet-proofing balance sheets. They appear to be battening down hatches for tougher times ahead.

“The continuation of uncertainty is causing much frustration for UK businesses. As well as stashing cash, many continue to delay investment. Businesses remain in a period of further limbo.”

A separate survey showed that Brexit it continuing to hammer the City jobs market, with recruiters warning that Britain’s EU divorce is deterring top talent from the fast-growing tech sector.

“Right now, if you’re ambitious and hard working, studying and working in the UK is looking less and less like the way to get ahead.”