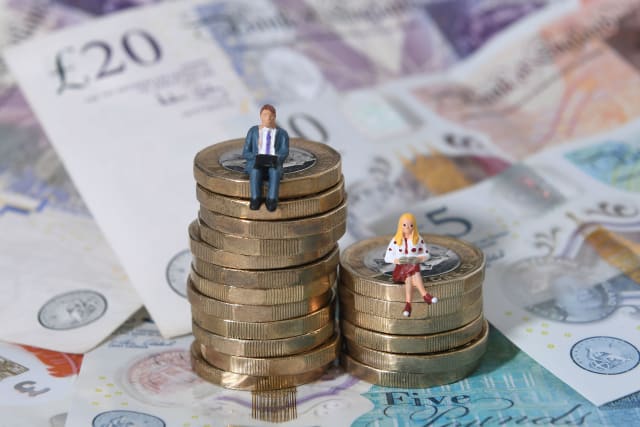 Nearly two-thirds of people who checked their credit report after a bank IT failure said they uncovered errors that were not their fault, a survey suggests.

Some 64% of consumers who inspected their report after an IT failure said they found mistakes that could impact their creditworthiness, including missed payments that were not their fault, according to credit checking service ClearScore.

Banks’ IT meltdowns can sometimes mean that payments do not come in or go out of people’s accounts as expected.

Errors on someone’s credit report can damage their ability to be accepted for financial products in future, such as a mobile phone contract or a mortgage, or mean they only have access to higher interest rates, which increases the cost of credit.

A missed payment might also have further negative consequences, ClearScore said – for example, if the late payment fees incurred from the missed payment took someone over their agreed credit limit, this could damage their credit score further.

It said many mistakes may also be going “under the radar” – just over a quarter (27%) of those who have heard about a major IT outage at their bank checked their credit report for potential mistakes afterwards – while nearly a third (31%) have never checked it, according to the survey of more than 2,000 people from across the UK.

A recent investigation from Which? Money found that banks and building societies are being hit by more than one IT or security failure that potentially stops customers making payments every day.

The consumer champion found there were 302 incidents that potentially prevented customers from making payments in the last nine months of 2018.

Justin Basini, chief executive and co-founder of ClearScore, said: “When banks suffer IT meltdowns consumers don’t just suffer the immediate inconvenience of not being able to access their account; there can also be lasting damage if payments are missed.

“It might take several weeks for a missed payment to show up on your credit report so many only found out they’ve been a victim when they’re turned down for a financial product like a mobile phone contract or a mortgage.

“I’d urge everyone to check their credit report when they hear about major IT outages at UK banks so that you can clear your name if anything is missed and it wasn’t your fault.”

Trade association UK Finance said there is a rigorous process to ensure data received by credit reference agencies is factual, accurate and up-to-date.

If a bank is aware that an IT failure has prevented an automated payment being made on the due day, the bank can often have an ability to correct the error before data is received by credit reference agencies.

A spokeswoman for UK Finance said: “The banking industry is committed to providing the best possible service, ensuring customers are able to access and manage their money.

“When incidents do occur, firms work around the clock to minimise disruption and get services back up and running as quickly as possible.

“If a customer identifies any anomalies on their credit report, they should contact the relevant lender or the credit reference agency as soon as possible, so that their query can be investigated and rectified where appropriate.”

ClearScore has created a step-by-step guide to correcting mistakes or reporting financial fraud on your credit report. Here are its tips to get credit score mistakes fixed:

1. Tell your company such as your bank or credit card provider. It may well be happy to amend it immediately or you may need to go through their official complaints procedure. They should send updates to all the credit reference agencies they use.

2. Talk to the credit report provider. You can raise a dispute if you think there is an error. Credit scoring agencies often have a similar process for putting mistakes right so a few minutes of proactive emailing could fix the issue fast.

3. You can ask that a “notice of correction” is added to your file. This explains what happened and why it does not reflect your normal financial behaviour. The notice is not necessarily just for bank errors, it could also be used to explain any negative marks on your score. So, if you had a period of ill-health, for example, and got behind with your bills, you can leave a note to explain.