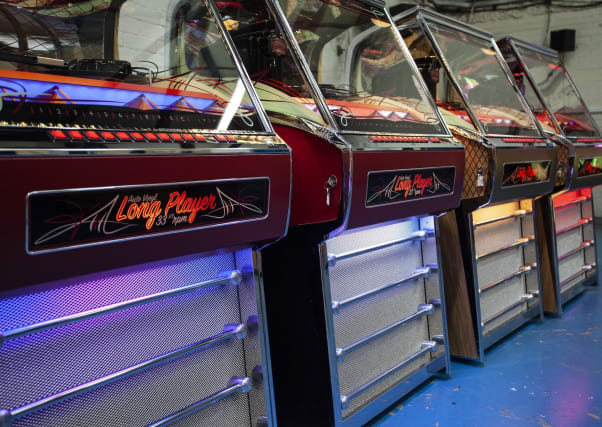 A UK firm said it is experiencing a “vinyl boom” after reporting a 500% increase in sales over the past two years.

Manufacturer Sound Leisure claims to be the only company in the world producing a 7in vinyl-playing jukebox which launched two years ago, attracting a wide range of customers from Hollywood A-listers to Premier League footballers.

Managing director Chris Black, whose father Alan started the company 41 years ago, said: “We honestly thought with the launch of CD that would be it for us.

“But, as we do now, we adapted immediately and found new ways to diversify. The CD jukebox was born and remains one of our bestsellers along with digital versions.

“I believe this time the vinyl boom is here to stay. Artists are releasing their albums on vinyl and the machines are proving so popular we’ve got a two-month waiting list.”

The company has also issued Vinyl Long Player jukeboxes which are being shipped out this week to Japan, as well as customers in France and the UK.

The jukeboxes, which have a 1940s and ’50s design, are built by hand and can hold 10 LPs, featuring a built-in Bluetooth receiver to allow audio streaming from any compatible device.

They are available as standard in East or West Coast designs for £9,495 from Sound Leisure.

It comes ahead of National Record Store day on Saturday, where vinyl enthusiasts will give their custom to over 240 independent record shops.

Around 4.2m vinyl records were sold in the UK last year, compared to just 205,000 in 2007, as more popular artists are releasing their music on vinyl.