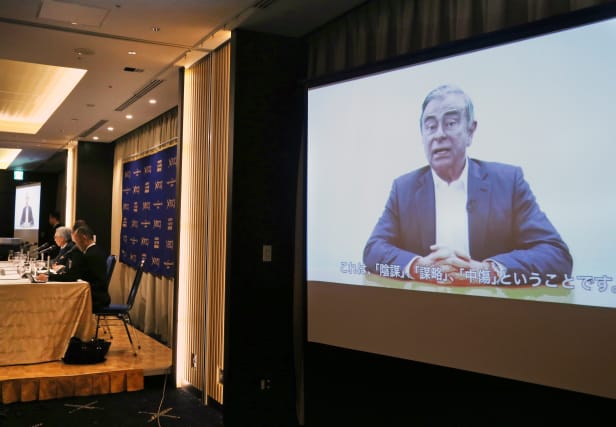 Former Nissan chairman Carlos Ghosn has accused executives at the Japanese car giant of a “conspiracy” that led to his arrest on financial misconduct allegations.

Ghosn spoke calmly as he maintained his innocence in a 10-minute video released by his legal team at the Foreign Correspondents’ Club in Tokyo on Tuesday.

His lawyer Junichiro Hironaka said the video was prepared in case Ghosn was not able to speak at a news conference. He was arrested last week while on bail.

Ghosn said the executives behind the conspiracy were motivated by what he called “selfish fears”, and had mistaken his leadership for greed and dictatorship.