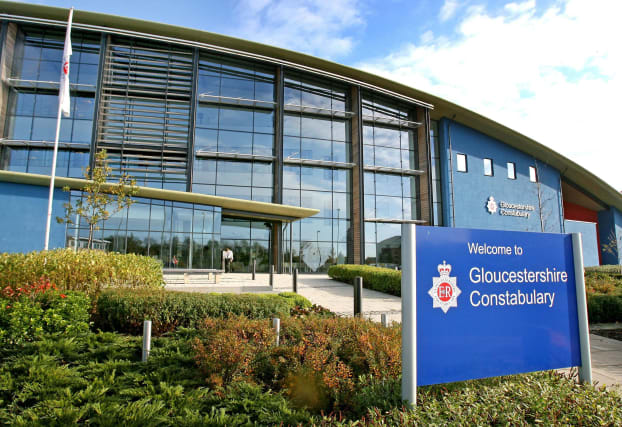 Scientists have reconstructed the face of a man found dead in a Cotswold wood in the hope of identifying him.

The skeletal remains were discovered by a forestry worker almost 12 months ago near to the Bathurst Estate in Cirencester, Gloucestershire.

Police have a full DNA profile of the man but have been unable to identify him and have turned to forensic experts for help.

They are now appealing for the public’s help to name the man, who may have lay dead for over a year.

It is thought he was a transient traveller and his death is not being treated as suspicious.

Despite being found close to a busy road there is no evidence to suggest he was involved in a road accident.

Detectives have also sought help from a forensic anthropologist and odontologist who have concluded the deceased was a white man, between 5ft 5in and 5ft 8in tall and who may have been of a large build.

Their reports also suggest he was aged between 28 and 31 but could be as old as 55.

“The profile has been searched against the national DNA database and the missing persons DNA database with negative results.

“We’ve also worked alongside a forensic anthropologist and a forensic odontologist who specialise in examining bones and teeth.

“It is worth noting that his teeth were in a good condition and had been subject to dental treatment.

“Due to the snowfall in early 2018 we are unable to say how long the body had been undiscovered but we estimate anything from six to 18 months.”

When the man’s remains were found close to the A419 Stroud Road on May 1 last year, he was wearing a black or dark grey Peter Storm raincoat, a grey or blue short sleeved shirt with hand stitched repairs on the rear shoulder seam, a black Blue Harbour gilet and blue trousers with a dark leather belt.

A pair of dark trainers with a white sole and a beige baseball cap were also found next to the body.

The man also has a Karrimor rucksack, which had a white plastic bag covering it in an attempt at waterproofing, and inside were aviator sunglasses, plastic bottles and toothbrushes.

A small Sony wireless FM radio and a wind-up torch were found nearby.

No personal items, such as a mobile phone or wallet have been recovered, and detectives believe the man was “isolated and of a transient character”.

Police have also not found a sleeping bag or tent.

Detective Sergeant Richard Smith, who is working on the investigation, said: “Despite working closely with other agencies, the coroner, the NHS, the Department for Work and Pensions and the National Crime Agency, we have been unable to identify this person.

“We are satisfied this is a non-suspicious death but this in no way diminishes our desire to identify this man.

“We believe the public hold the key to revealing who this person was and we are now appealing for their help to identify this man.

“This man was someone’s son and he must have family members and associates somewhere who will be missing him.

“Because of this it is very important that we can identify him and return him home to his loved ones.

“So, if you know someone who matches this description who you haven’t seen for some time or you have driven past somebody who looks like this on the A419 between Stroud and Cirencester or elsewhere in the Cotswolds we’d like to hear from you.”

Anyone with information should call 101 and quote Operation Octave.