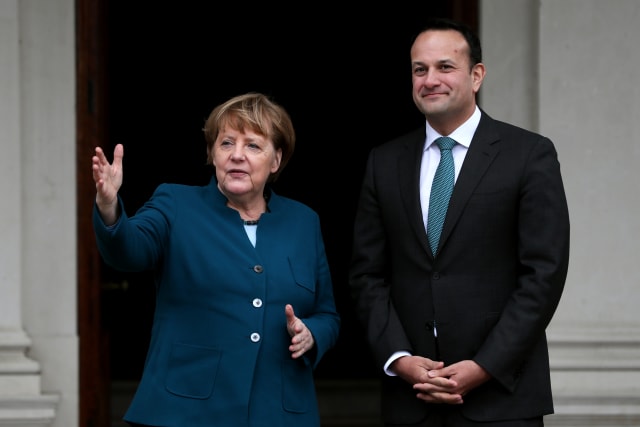 A longer Brexit extension might make more sense than a series of short delays, Irish premier Leo Varadkar has said.

Mr Varadkar said nobody wanted a no-deal next week, but he reiterated that a situation of rolling cliff-edges was not favourable either.

It comes after the Prime Minister Theresa May wrote to EU Council president Donald Tusk seeking an extension to June 30, with the option to leave earlier if her Withdrawal Agreement is ratified.

“But we also want to avoid rolling extensions where there is an extension every couple of weeks, or every couple of months, because that just adds to the uncertainty for citizens, for businesses and for farmers.

“So perhaps a longer extension might make more sense.”

Asked about suggestions that a flexible extension might be offered to the UK as an alternative, Mr Varadkar replied: “All these things are possible.”

The Taoiseach said European leaders would be analysing all the options on the table at the special EU summit in Brussels next week before making a decision.

“[We] want to avoid no-deal but also we don’t want to have a rolling cliff-edge where there is an extension every month or two because Brexit is causing enormous uncertainty,” he added.

He said an end needed to be put to uncertainty.

Earlier this week Mr Varadkar held meetings with French and German leaders to discuss the latest developments around Brexit.

On Tuesday he met French president Emmanuel Macron in Paris, and on Thursday he welcomed German Chancellor Angela Merkel to Dublin for talks at Farmleigh House.

After their meeting Ms Merkel said she would do everything she could to prevent a no-deal Brexit and that EU member states would stand together “until the very last hour”.