A driver who fractured the skull of an armed police officer when he hit him with his Mercedes has been jailed for four years.

Yasin Adam, 25, ran over the victim after he was ordered to get out of his car in Leicester in the early hours of October 5 last year.

Dashcam footage shows the white Mercedes accelerating towards the armed officer, who is knocked over and sent sprawling to the side of the road.

The officer suffered serious injuries, including fractures to his skull and damage to his inner ear drum.

Adam fled the scene but was arrested the following morning. 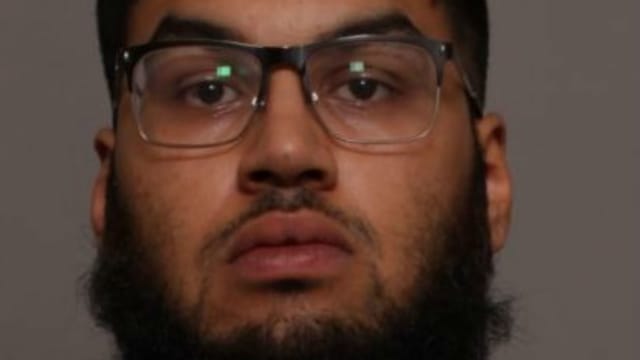 He was jailed at Leicester Crown Court on Thursday after he was found guilty of causing injury by dangerous driving after a trial. He was also banned from driving for four-and-a-half years.

Adam, of Bradbourne Road, Leicester, was acquitted of the more serious charges of attempted murder and causing grievous bodily harm with intent.

Speaking after Adam was jailed, the injured officer, who could not return to work for more than three months following the incident, thanked friends, family and colleagues for their support.

He said: "My recovery is still ongoing but I am pleased to be back at work and back with my team.

"I also want to thank the response team who helped me on the night of the incident and all those who were involved in the investigation which followed. I am extremely grateful for their hard work and determination."

Leicestershire Police Deputy Chief Constable Rob Nixon said: "This was a horrific incident which resulted in an officer, who was carrying out his working duties, being seriously injured."

"I would like to thank the officer for his patience and co-operation throughout this investigation and wish him well following his return to work.

"I would also like to thank other officers and staff members who have provided support to him and assisted the team with the investigation, as well as members of the public who helped us with our inquiries in this case."