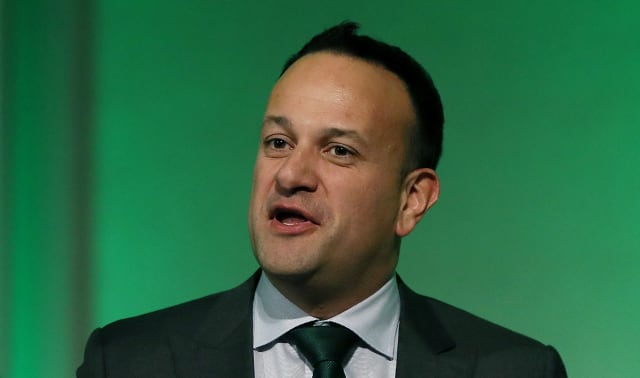 The Taoiseach will host Ms Merkel at Farmleigh House in the capital where their discussions are set to focus on the latest developments ahead of the special European Council meeting next week.

Prior to their formal sit-down the leaders will take part in round-table discussions with people from Northern Ireland and the border area about their views on the UK’s withdrawal from the EU.

It comes as efforts intensify to find a way through the Brexit impasse.

Prime Minister Theresa May held talks with Labour party leader Jeremy Corbyn on Wednesday in the hope of agreeing a position which could win a majority in the House of Commons in the coming days to allow her to request a short delay to Article 50.

Ahead of Ms Merkel’s visit, an Irish government spokesman said the Chancellor had been a “strong and unwavering ally of Ireland” as the country responded to the challenges brought about by Brexit.

“Ahead of their formal meeting, the Taoiseach and Chancellor will participate in a round-table discussion with people from Northern Ireland and the border area, who will share their personal experience and perspectives on the impact any return to a hard border would have on border communities and businesses,” the spokesman said.

“These are people for whom the border is a very real issue – people from communities along the border, from business, and with direct personal experience of conflict before the Good Friday Agreement.

“It is important to hear their voices as we work together to deal with the challenges that Brexit presents. ”

The spokesman said the meeting was also an opportunity for the leaders to consider other issues on the EU’s agenda and to reflect on how Ireland and Germany can strengthen “the already excellent relations” between the two countries.

Speaking in the Irish parliament on Wednesday, the Taoiseach said he hoped Mr Corbyn would show leadership and come up with a compromise plan with Mrs May.

Mr Varadkar also said that the growing frustration among a number of EU countries over the Brexit process was “worrying” for Ireland.

Discussing his meeting with Mr Macron in Paris on Tuesday, Mr Varadkar said he was “really heartened by the enormous support” that France continued to demonstrate towards Ireland and, by Mr Macron’s statement that Ireland would never be abandoned by France or by the EU.

“Whatever issues arise, if there is no deal, they are very much seen as shared problems, ones that Ireland will try to resolve with our partners in France and the European Commission,” he added.

“It’s not a questions of a big stick or us being put under undue pressure, but there are reasonable questions being asked as to how we will protect the integrity of the single market and the single union.”