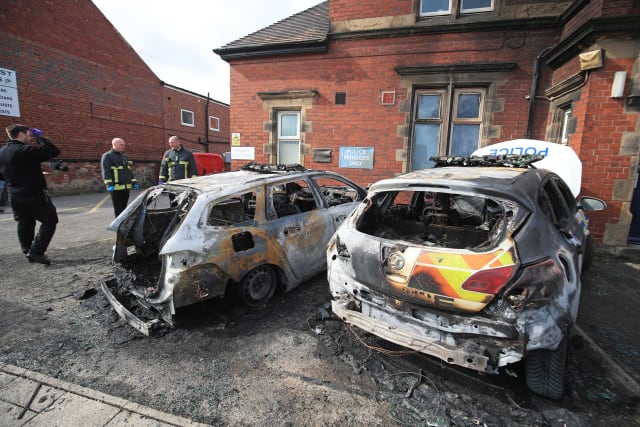 Two men have been arrested after patrol cars were set alight outside a police station, which was also damaged in the incident.

A spokeswoman said: “At around 2.10am, it was reported that the two cars were on fire at Goldthorpe police station.

“Damage has also been caused to the side of the building and a council van. No-one was injured in the incident.”

She said two Barnsley men, aged 30 and 18, were arrested shortly afterwards on suspicion of causing criminal damage and arson.

They remain in custody.