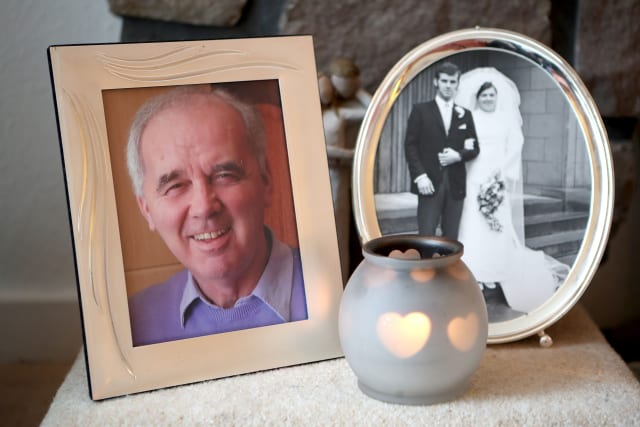 Widow and Frank’s Law campaigner Amanda Kopel has said she hopes “no promises are broken” on the eve of the legislation’s introduction.

The expansion of free personal care (FPC) – which was previously only available to those aged over 65 – comes into force on Monday.

It is often referred to as “Frank’s Law”, after the former Dundee United footballer Frank Kopel.

He was diagnosed with dementia at the age of 59 and died six years later in 2014, weeks after qualifying for FPC.

Ms Kopel then successfully campaigned for new legislation which would mean anyone who is assessed by their local authority as requiring personal care will receive it free of charge.

On the eve of that coming into force, she posted on social media: “I did not break my promise to Frankie when he said ‘Tell them Amanda it’s too late for me, but it will help others in the future’……..and I hope no promises are broken when it comes to FPC for everyone regardless of their DISEASE, DISABILITY, ILLNESS OR CONDITION, when they are assessed as needing it.

“There can be no postcode lottery, no excuses when it comes to people’s lives.

“I ask that people have a little patience when it comes to the implementation of FRANK’S LAW, because I am very aware that any new system takes time to work.

“On the other hand, 6 years to put things in place, is a long time for anyone, and I have to admit, that if things had been put in place long before now on the implementation of FRANK’S LAW, the u65s would not have been asked to wait any longer, which would appear to be the case as from tomorrow.”

The change comes after a private member’s bill brought forward by Miles Briggs MSP in 2017 received support at Holyrood.

He said: “Those involved with the work to prepare the policy have estimated that up to 9,000 people across Scotland could benefit from the policy.

“What is now vital is that local authorities across Scotland act to make sure that those who need Frank’s Law receive the care and support services.

“I want to pay particular tribute to Amanda Kopel and ‘Frank’s army’ of campaigners.

“Amanda is a true inspiration and it has been a pleasure to campaign alongside her to deliver this change in health policy in Scotland.”

Scottish Liberal Democrat health spokesman Alex Cole-Hamilton said: “Amanda Kopel’s campaign has done fantastic work highlighting this issue and I’m glad that parliamentarians from across all parties came together to make this happen.

“However, for this policy to achieve its admirable goals local authorities must receive the support and resources they need to deliver Frank’s Law as intended.”

Health Secretary Jeane Freeman previously said: “We’ve made the necessary changes to the law, and issued clear guidance to local authorities, to clearly set out the expansion of free personal care.

“For the first time everyone under the aged of 65 who is assessed as requiring personal care will receive it for free.”