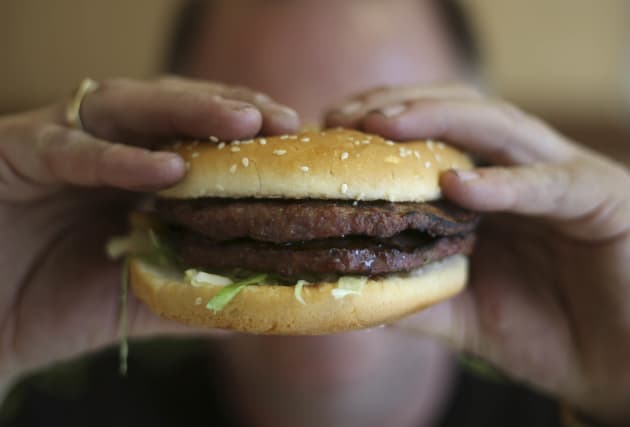 A frozen burger attached to a polystyrene box descended from space and landed at a League Two football club’s training ground.

Colchester United’s groundskeeper, who made the discovery, was puzzled until British YouTuber Tom Stanniland called the club to explain.

The 29-year-old, known online as Kill’em, said in a video posted on the club’s Twitter account: “I sent a burger into space using a weather balloon.

“It’s gone about 24 miles up, weather balloon popped, it’s come back down, over 100 miles, and it’s landed right here.”

Mr Stanniland explained that the box, sent up to space with a GoPro camera, was also fitted with a tracker.

“We lost connection with it when it got so high,” he said. “It’s crash-landed here but in the morning the groundskeeper found the box, turned it upside down, the tracker got connection again, we’ve found it and just followed it.”

He travelled from his home in Sheffield to collect the space burger from Florence Park in Colchester, Essex, on Wednesday.

Mr Stanniland said he wanted to see what the burger tasted like.

His review: “That’s not nice.”

He added that the burger, which was dry, powdery and frozen after its out-of-this-world journey, was “drying my mouth out”.