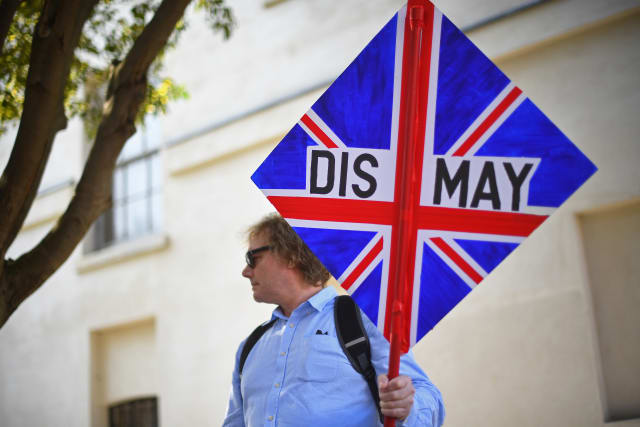 Theresa May warned MPs they could “destroy Brexit” by voting against her deal – but they did anyway.

So after the 58-vote defeat for the Withdrawal Agreement, what happens next?

MPs will hold another round of votes on various Brexit options in an attempt to find something – anything – they can agree on.

Wednesday’s first round of voting saw all eight proposals rejected, although the idea of a customs union and a referendum on any deal which makes it through Parliament attracted the most support.

The plan for “indicative votes” set out by Tory MP Sir Oliver Letwin after the Commons allowed him to seize control of the timetable also includes the possibility that Wednesday could see a third round of voting.

An emergency summit of European Union leaders will consider any request by the UK for a longer delay to Brexit. To be granted a further postponement the Government will have to set out what purpose it would achieve and it will almost certainly involve taking part in the European elections.

Three years after the referendum, it is entirely possible the UK will still be in the European Union, have newly-elected MEPs and will be contributing to the Brussels budget.

Mrs May warned MPs before they rejected her deal that a long extension would “at least delay and could destroy Brexit”.

Labour leader Jeremy Corbyn repeated his call for an election in response to the defeat for Mrs May’s deal.

The current make-up of the House of Commons has so far proved unable to agree on any Brexit plan so the Prime Minister could be tempted to call a snap election to break the deadlock.

But having promised not to lead the Tories into the scheduled 2022 election and then said she would quit before the next phase of the Brexit process, would her MPs allow her to fight another contest as leader?

And would a new election produce a decisive result which would give whoever occupies Number 10 a majority to steer such a divisive issue through Parliament?

In Wednesday’s indicative votes a “confirmatory” vote on any deal which made it through Parliament was backed by 268 MPs but opposed by 295 and it is far from clear whether a majority can be found to return the issue to the public.

The indicative votes process resulted in a knife-edge six-vote defeat for the prospect of changing Mrs May’s Brexit deal for one that includes a customs union.

That would go some way to addressing the issues at the border with Ireland and the Channel Ports but would be vehemently opposed by Brexiteers who fear it will ruin the prospects of trade deals with countries like the USA.