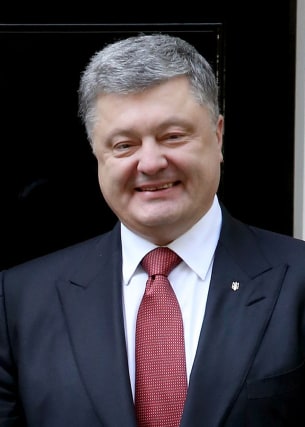 The BBC has agreed to pay “substantial” damages to the president of Ukraine over false allegations that he procured or authorised a corrupt payment to arrange talks with Donald Trump.

Petro Poroshenko took legal action over reports by the broadcaster that Michael Cohen, the US president’s former personal lawyer, received a payment of 400,000 dollars (£300,000) to extend an already arranged meeting in June 2017 into more substantial talks.

The BBC made the false claim in an article on its website and as a headline news item on the News At Ten on May 23 2018, a judge at the High Court in London heard on Thursday.

Mr Justice Julian Knowles was told that Mr Poroshenko has accepted an apology and “a substantial sum by way of compensation” from the BBC, which has agreed to pay his legal costs and publish a correction.

Mr Atkins added: “Put simply, this allegation and the facts on which it purported to be based are simply false.

“Mr Poroshenko did not authorise or procure any payment to Mr Cohen of any kind, nor was any such payment ever made to Mr Cohen or any other individuals for that purpose.

“Mr Poroshenko did not instruct close associates to open up any back channel with Mr Trump in order to secure substantial talks with him, far less did he do so through Mr Cohen.”

Mr Atkins told the court Mr Poroshenko “deeply regrets that it took the BBC so long to accept liability” and to remove the article from its website, adding: “He believes that the resulting delay will inevitably have increased the damage caused to his reputation by the publication of this allegation.

“It has certainly added to the distress and embarrassment that he has felt since the story was first published.”

Mr Atkins added: “The allegation that Mr Poroshenko was guilty of serious corruption is self-evidently an extremely grave and damaging one… especially so given the emphasis which he has chosen to place during his presidency on the promotion of a number of anti-corruption measures.”

He said the BBC’s reports were “clearly likely to undermine the hard work undertaken by the president during his time in office, and to cause him very considerable political embarrassment not only in Ukraine, but in the United Kingdom and across the global stage”.

“In this connection it is relevant that inevitably, given the serious and sensational nature of the allegation (especially as it also related to the US president, Mr Trump), and the prominence given to it by the BBC, the allegation was picked up and republished in other media publications.”

Jane Phillips, counsel for the BBC, said: “The BBC is happy to acknowledge that these claims about the claimant are completely untrue, and it is here, through me, to apologise to the claimant for any distress and embarrassment caused to him by the article and the broadcast.”

The figure to be paid by the BBC was not disclosed in court.