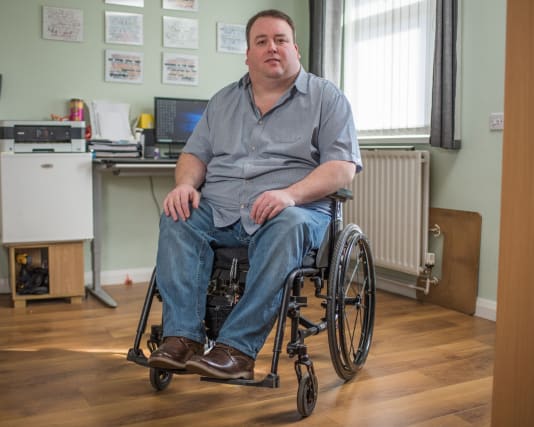 Some victims of the Northern Ireland conflict feel as though the Government is punishing them for surviving, a representative has claimed.

Paul Gallagher was left in a wheelchair 25 years ago when loyalist gunmen in Belfast shot him after they were unable to find his neighbour.

He has been campaigning for a special pension for the most badly injured during the decades of violence and said the sums involved would not be lucrative.

“This is about dignity and empathy – not charity.”

He said often people had to survive much longer than expected on an award.

In one case, a colleague who was paralysed at the age of 17 was told she would not see her 33rd birthday due to her injury, Mr Gallagher said.

He said: “It is a miracle that most of us survived what happened to us; we feel as if we are being punished for surviving still.”

Campaigners brought together by the Wave Trauma Centre support group have buried four members since their campaign started.

Some felt they would have been better off dying at the time of the attacks than go through life without the recognition, Mr Gallagher said.

“That is how bad it is sometimes, especially when you are feeling down … it is depressing, waiting for the Government to do something which is relatively simple.”

He reiterated a call from Victims’ Commissioner Judith Thompson for the Government to urgently progress her proposals for a pension for the physically injured.

Her recommendations on the psychologically harmed are being finalised.

Progress at Stormont on a pension stalled over the inclusion of a small number of perpetrators of violence who suffered injuries among those eligible.

Mr Gallagher said it was up to Westminster to act in the absence of devolution in Belfast.

“It is the Government’s responsibility to go by its own laws that it made.

“It does not need to get caught up in the politics around this place, it just has to look after the victims on the ground and show leadership and show courage and just bring this forward.”

He said it was up to the Irish Government as co-signatory to the Good Friday Agreement to look after victims.

“The two Governments need to step up and take on their responsibilities before it is too late.”

“We have received some initial advice, which we are considering.  It would be premature to set out next steps in advance of receiving further advice expected at the end of this month.

“We look forward to receiving this and to continuing to work with the Victims Commissioner on the way forward.”