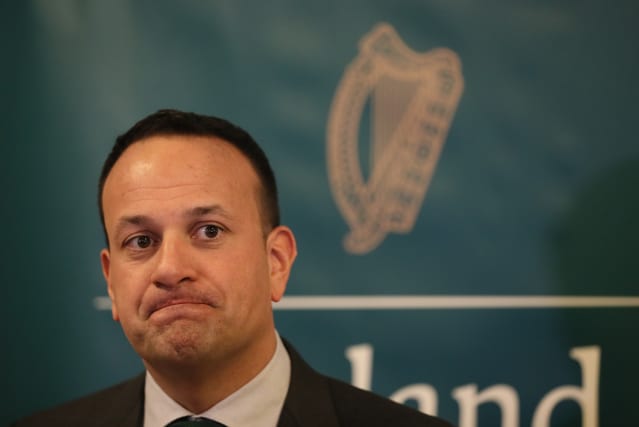 Irish premier Leo Varadkar has said that nobody can condone the choices of Lisa Smith, an Irish woman who is currently detained in Syria and has alleged links to Islamic State (IS).

Mr Varadkar said Ms Smith is mother to a two-year-old child who is an Irish citizen.

The 37-year-old, originally from Co Louth, is being held in a camp in Syria. She was a member of the Irish Defence Forces before she converted to Islam and emigrated to Syria a number of years ago.

Speaking in the Dail, Mr Varadkar said a security assessment will have to be carried to make sure she is not a threat to anyone in Ireland.

He said: “I am conscious that nobody can condone the choices that she has made and the actions that she took in aligning herself with Isis, a terrorist regime that’s hell bent on the destruction of the west and Christendom.

“As is the case with all Irish citizens, they will be permitted to re-enter the state should they try to do so.

“But, of course, a security assessment will have to be carried out to make sure that Lisa Marie Smith is not a threat to any of us and we’re working out how that best that can be done to make sure she doesn’t become a threat to life and limb here in Ireland, but of course that doesn’t apply, obviously, to a two-year old child.”

He also dismissed reports the Government jet would be used to bring Ms Smith and her daughter back to Ireland, saying it was “absolutely without foundation”.

He added that the jet was not used to repatriate citizens and that it does not fly as far as Syria.

“That’s absolutely not the case,” he said.

He said he was aware of reports that she was in a camp in an area in northern Syria controlled by Kurdish forces and efforts were continuing to verify details and make direct contact with her.