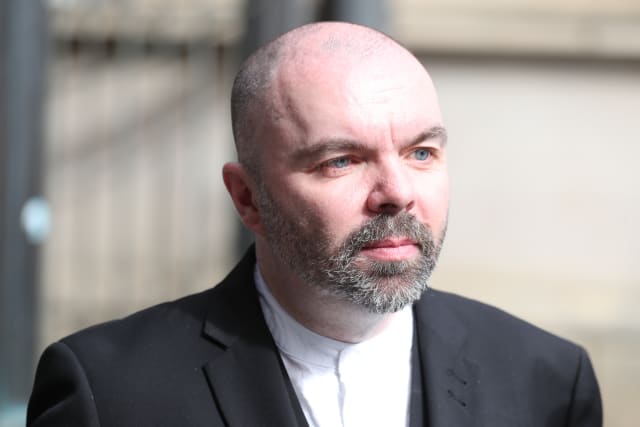 A pro-independence blogger has told a court he was “absolutely horrified” to have been accused of homophobia by Labour MSP Kezia Dugdale.

Wings Over Scotland blogger Stuart Campbell is suing the former Scottish Labour leader for defamation over a column she wrote in the Daily Record referencing his “homophobic tweets”.

The tweet at the centre of the controversy states: “Oliver Mundell is the sort of public speaker that makes you wish his dad had embraced his homosexuality sooner.”

Giving evidence as the first witness in a civil proof at Edinburgh Sheriff Court, Mr Campbell said he made the comment while live-tweeting the Conservative Party conference on March 3 2017.

Mr Campbell denied it was a homophobic reference to Scottish Secretary David Mundell being gay and agreed anyone who believed so was either “dishonest or stupid”.

He said: “I don’t believe any intelligent person could honestly interpret that tweet as homophobic, given what it said.”

Mr Campbell said the tweet was a “joke”, the joke being: “I wish by some means or other you had not been fathered by your father.”

He added: “It’s a staple joke of humanity, I’d suggest, for almost as long as there has been language.”

In her Daily Record column on March 7 2017, Ms Dugdale wrote: “I was shocked and appalled to see a pro-independence blogger’s homophobic tweets during the Tory Party conference.”

She went on criticise any politicians who endorse those who “spout homophobia”.

Asked for his reaction to Ms Dugdale’s column by his lawyer, Craig Sandison QC, he said: “I remember being horrified and I spoke fairly quickly to my solicitor and suggested to him I considered that to be defamatory.”

Ms Dugdale later brought up the matter at First Minister’s Questions in the Scottish Parliament, where she said her column had “called out Mr Campbell for his homophobic comments”.

Mr Campbell told the court: “I was absolutely horrified. It was a very unpleasant sensation to come home and find you have been decried in such a way on live national television on a programme that may be watched by your family and friends. It was very unpleasant.”

He said the comment in her column was “hurtful” and this had not lessened as Ms Dugdale has “stuck to a malicious and spiteful lie for two years”.

“I feel she has left me no option but to defend my reputation in this manner and the consequences of that I hold her significantly responsible for,” he added.

Mr Campbell said he was “offended” by media reports the day after the tweet, which included quotes from Mr Mundell that “inferred” the tweet was homophobic.

The lawyer asked the blogger about a comment he made under a video game review in 2009 that a level of the game was for “girls and homosexuals”.

Mr Campbell said it was an “ironic and sarcastic reference to the prevailing culture of video-gaming in general”.

Roddy Dunlop QC, for Ms Dugale, put to Mr Campbell that he was expressing in his tweet referencing Oliver Mundell the “outmoded view that gay people cannot be parents”.

Mr Campbell said this was not the case.