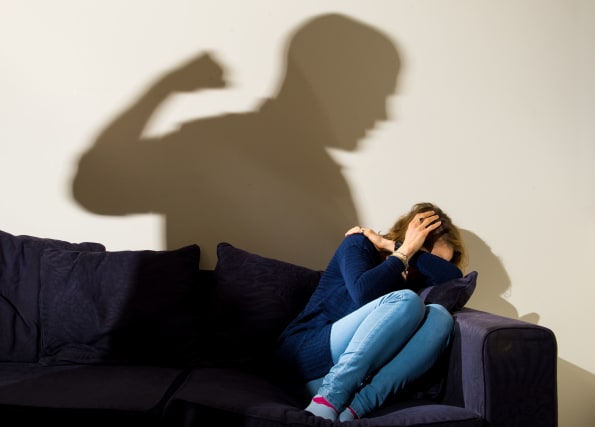 The introduction of new domestic abuse legislation next week will be a “landmark moment” for Scotland, the First Minister has said.

Nicola Sturgeon spoke about the issue as she visited a Women’s Aid centre to find out about their preparations for the change in the law – which the organisation has hailed as being the “gold standard”.

As well as covering physical abuse, the law covers psychological and emotional treatment and coercive and controlling behaviour, where abusers isolate their victim from their friends and relatives or control their finances.

For the first time in the UK, it makes the impact domestic abuse can have on children an aggravating factor, which could lead to courts handing down tougher sentences as a result.

The Scottish Government has invested £166,000 in training materials to pave the way for the new legislation coming into effect.

The First Minister said: “Scotland is leading the way with this new legislation.

“It will be a landmark moment in our efforts to tackle domestic abuse, including coercive and controlling behaviour, and will strengthen the power of police and prosecutors.”

She added: “Coercive and controlling behaviour can have a devastating and long-lasting impact on survivors.

“It is a form of abuse that is often hidden but can rob victims of their confidence, self-esteem and safety.

“Organisations like Scottish Women’s Aid do vital work supporting victims and the new training materials they’ve developed will help them provide even more support to victims of all forms of domestic abuse.”

Mr Yousaf paid tribute to staff working in the justice system and voluntary sector who have been preparing for the change in the law, “including development of appropriate training to raise awareness across the justice sector about what qualifies as coercive and controlling behaviour and the different forms this behaviour can take”.

He added: “With one week to go until this change in the law, I want to be clear that this behaviour is absolutely unacceptable.

“We will continue to take steps to safeguard those who are at risk and to prosecute those who engage in abusive behaviour.”

“Women and children have been telling us for 40 years that it is the emotional abuse and controlling behaviours of domestic abuse that have the most traumatic effect, that trap them in dangerous relationships with abusive partners and ex-partners.

“Now these behaviours will be crimes in Scotland and how well we police and prosecute them will say much about our commitment to ending domestic abuse.”

She added: “We have now honed our training materials about coercive control with each of the 36 Women’s Aid services across Scotland.

“The materials and the trainers are now available to violence against women partnerships, community planning partnerships, multi-agency risk assessment conferences and other multi-agency bodies that are keen to learn about the new law.”