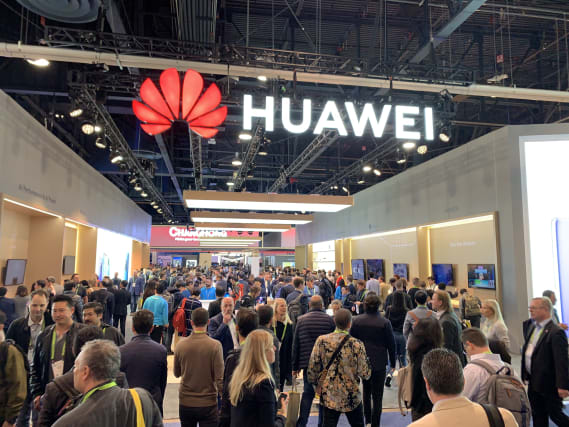 Huawei will unveil its new flagship smartphone range on Tuesday, as the Chinese firm steps up its attempts to overtake Samsung as the biggest mobile phone maker in the world.

The smartphone giant is set to announce its P30 Series range of phones at an event in Paris, where it will look to position itself as the new leader in mobile technology.

However, the launch comes at a time of increased scrutiny around Huawei, as it continues to face questions over its involvement in mobile network infrastructure, particularly with next-generation 5G networks due to begin rolling out this year.

Several governments from around the world have raised security concerns over alleged links between the firm and the Chinese state – something Huawei has always denied – amid suggestions its position at the heart of telecoms networks could be exploited for Chinese intelligence purposes.

The new phones, of which there are expected to be at least two, could feature four rear cameras for the first time, with Huawei teasing a powerful zoom feature in promotional tweets for the event.

Huawei’s self-developed artificial intelligence (AI) systems are also likely to be a central part of the new devices.

Both companies have also recently announced their first foldable smartphones, both of which will launch this year.

Huawei may use their event to confirm a release date for their Mate X foldable device, which is set to cost around £2,000.

Samsung’s Galaxy Fold is due to go on sale in the UK at the beginning of May, costing £1,799.

The two companies occupy first and second place in the global smartphone market table, Huawei having overtaken Apple during 2018.